Day out for Collett at Kensington

It was sense of déjà vu at Randwick-Kensington on Wednesday, with Jason Collett riding the first two winners on the eight-race card. The talented Kiwi hosreman rode a double through the first two races at this track three weeks ago, with both of those wins coming on maiden gallopers as they did today. 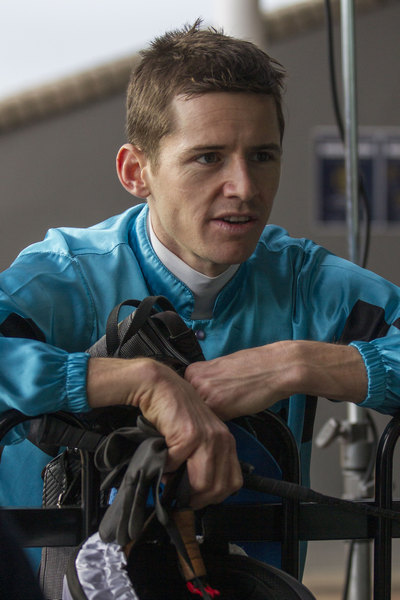 The New Zealander’s first of the day was aboard Anthony Cummings-trained colt Moridan, who showed good ability to pull away for a 0.89 length victory.

“He’s a pretty nice horse; he’s got a good future,” said the trainer. “Our first aim for this time through is the [Spring] Champion Stakes.”

Cummings added: “I think after today we’re still on track for that. Exactly how we get from here to there I’m not sure yet, but he’s certainly a horse of that calibre.”

Collett then bought up his double in the very next race aboard the John Sargent-trained Mayrose. The daughter of Pride Of Dubai settled in behind the leader in transit, with Collett able to get the three-year-old into clear air at the top of the straight.

Mayrose hit the front with 200m to go and outlasted her rivals, pulling away late to win by 0.8 lengths.

Collett is of the opinion that the filly has talent and will continue to improve with racing.

“She was having a good look around,” he said. “She accelerated to the front but did a few things wrong. She’s got ability though. She’s a nice type.

“She’s got a bit of size to her, a bit of scope and you can feel that under you. She’s got a frame and she is quite strong for an early three-year-old filly. [They're] Good signs going forward and manners she’ll learn with experience.”

Collett was able to bring up a treble two races later, with the Bjorn Baker-trained Ita winning Race 4. The hat-trick takes the Kiwi’s total to 10 metropolitan winners so far this season, putting him into second position in the Sydney Metropolitan Jockey Premiership.