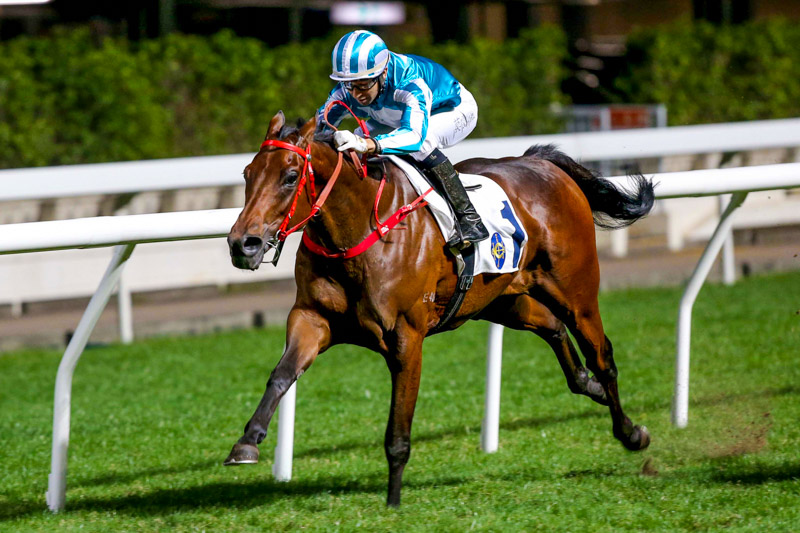 A protégé of Ivan Allan and famed by Little Bridge’s 2012 G1 King’s Stand Stakes victory at Royal Ascot, Shum is one of the most respected horsemen in the sport and the milestone victory leaves him in elite company in Hong Kong.

Shum, 61, was characteristically modest about personal achievement as he contemplated Romantic Warrior’s future.

Joao Moreira, who notched a double on the programme but was eclipsed by Zac Purton’s treble, is bullish over Romantic Warrior’s prospects after producing a rail-hugging ride on the Hong Kong International Sale Graduate.

“It was very nice win. We expected him to be much closer, but he dashed home. He’s got a lot of ability. I think the handicapper will need some time to stop him winning races,” the Brazilian said.

Purton boosted his seasonal tally to 40 after John Size’s Scores Of Fun breezed to victory in the Class 2 Bruntsfield Handicap (1200m), adding to Purton’s earlier successes on Yee Cheong Warrior and Run The Table.