In form trainer Danny O’Brien is hoping the predicted rain falls early on Friday afternoon in a bid to give Order Of Command an advantage in the $1 million Group 1 Manikato Stakes at The Valley.

Rain is predicted for the weekend, but just when it will arrive is a guess but O’Brien is hoping it begins prior to the Friday night’s race that is timed to start at 8.45pm.

Order Of Command has shown a likely for affected ground winning five of his eight races on soft tracks.

The sprinter will however be having his first start at The Valley on Friday night.

Order Of Command won the Listed Wangoom Handicap at Warrnambool in May and backed up 10 days later to finish fifth behind Trekking, an opponent on Friday night, in the Group 1 Goodwood at Morphettville. 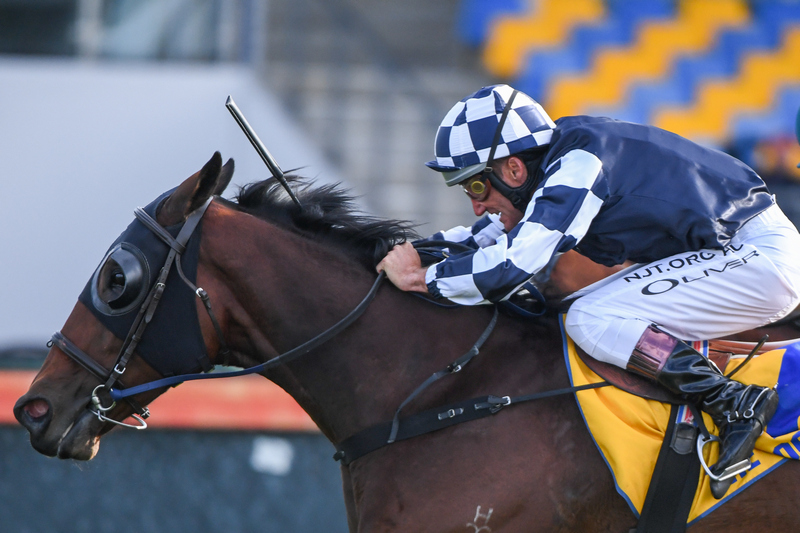 The gelding has had two starts this campaign, finishing a first-up third in the Listed Testa Rossa Stakes at Caulfield on September 26 before finishing last in the Group 2 Schillaci Stakes on October 10.

That performance was on good ground and it has been almost 18 months since Order Of Command was successful on that type of surface.

“He’s there hoping for the rain as he’s a superior wet tracker,” O’Brien said.

“If the rain comes like they think it will, we thought it was worth having him in.

“If the track gets to heavy, then he’s the best wet tracker we’ve got in the stable, so we won’t be disappointed if the rain arrives.”

Order Of Command is the $51 outside with Trekking the $3.60 top elect with TAB.

The O’Brien stable has been in sparkling form of late with a four-timer at the Geelong Cup meeting on Wednesday.

O’Brien has the favourite Russian Camelot lining up in the Group 1 Cox Plate on Saturday and also saddles Young Werther, also favourite, in the Group 2 Drummond Golf Vase.

Lining up for his third start on Saturday, O’Brien has high hopes for Young Werther.

“He’s only had the two starts in his life but he’s very talented and was probably a bit unlucky at Flemington the other day,” O’Brien said.

“Stepping up in distance will be a big plus with him and we’re very pleased with how he’s done since and expect him to be hard to beat.”