A win in a rich Magic Millions race at Ballarat earlier in the season has made life tougher for the Trent Busuttin and Natalie Young-trained Cusack.

Successful in the Ballarat contest on debut in November, Cusack has paid the penalty by being the topweight in Saturday’s Neds Punters Toolbox Handicap (1100m) at Caulfield courtesy of the win. 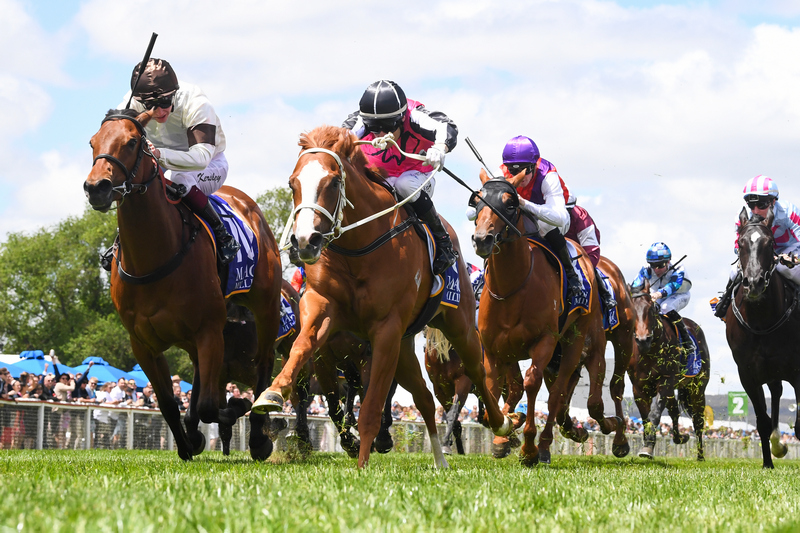 Cusack went to the Gold Coast following his debut win, where a foot issue reared up and the two-year-old finished last in the Magic Millions 2YO Classic (1200m) in January.

Returning from a break, Cusack finished a three-length second to She Dances, an opponent on Saturday, over 1000m at Sandown on June 11.

Busuttin concedes Cusack faces a tough task with the 59kg he has to carry on Saturday while also pitted against two very smart fillies, the Peter Moody-trained She Dances and the Peter and Paul Snowden-trained Ghaanati.

“He’s done nothing wrong at home and he’ll improve out of that race first-up, but it’s tough for him at the weights,” Busuttin said.

“The Snowden’s horse looked good winning on debut at Flemington, and Moody’s horse beat him decisively at Sandown. And because he’s won that Magic Millions race, he’s carrying 59 kilos which makes it a bit tough.”

While noting the difficult task confronting Cusack on Saturday, Busuttin says the two-year-old should still run a good race. He added there was a weight turnaround in Cusack’s favour as against She Dances.

“Moody’s horse did beat him by three lengths, but he gets a couple of kilos in his favour this time, but he’s still got to turn it around,” Busuttin said.

“He’ll run well, but that’s a very good field for a two-year-old Saturday race in June. That’s something you wouldn’t really expect at this time of year.”