The long road to the Melbourne Cup could begin for Carif on Saturday when he kicks off his latest campaign in the Listed Civic Stakes at Randwick.

Trainers Peter and Paul Snowden are keen to give the six-year-old another shot at Australia’s most famous race after he had a rough-house experience in his first Melbourne Cup appearance last year.

“He got galloped on pretty badly about 600 from home. Up until then he was half a chance,” Peter Snowden said. “He might make it (again) this year and if he doesn’t, he might make it next year.” 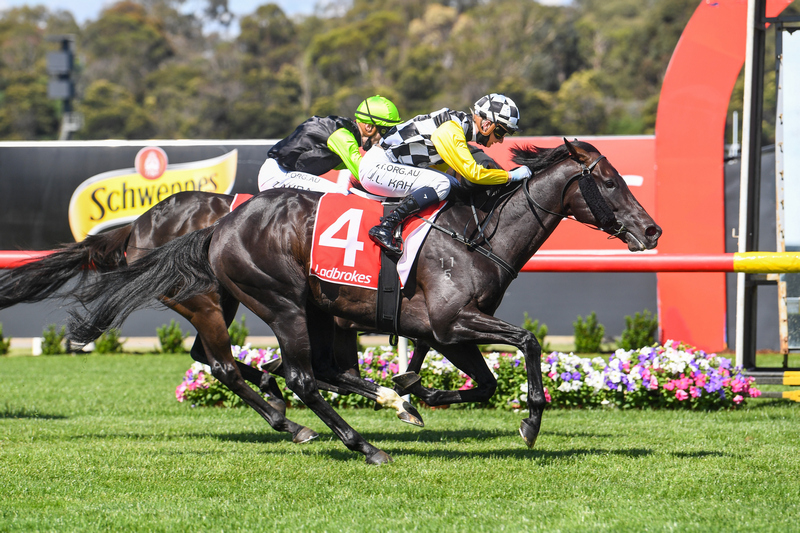 Carif will oppose a handy field of sprinters in the Civic, picture Racing Photos

Carif enjoyed an extended spell after his Cup campaign and has had a pipe-opening barrier trial to prepare for his return. While the 1400m of the Civic Stakes is short of his best distance, he did finish fourth in the Cameron Handicap over the same journey first-up last preparation and Snowden says the horse won’t disgrace himself.

“He doesn’t get warm until he gets over 2000-metres plus, but he will be competitive,” Snowden said. “We just want to see how he comes up in his first two or three runs, that will decide what we do with him throughout the prep.”

The Civic Stakes has attracted a handy field of winter sprinters, including last-start Flemington winner Looks Like Elvis and Takeover Target Stakes victor Blondeau, who is one of four runners for Chris Waller.

Team Snowden will also be represented at Randwick by speedy mare Miss Dior in the Petaluma Handicap (1100m) and My Demetra, who Peter believes should be ready to hit her straps in Saturday’s Quayclean Handicap (1800m). The mare has been strong through the line at her first two runs over shorter trips and steps up to her ideal distance range.

“This is her right race. Third-up now, up to 1800, good draw. You will see her run a lot better on Saturday,” Snowden Snr said.