No horse has won The Everest first-up. Then again, no Australian-trained horse has tried. But that hasn't stopped two trainers, Les Bridge and Anthony Cummings, from sending their respective charges into the $15 million feature without a race under their belt.

International US Navy Flag (USA) contested the 2018 The Everest off a 13-week break and finished ninth, but no locally prepared galloper has attempted a similar feat.

Bridge had originally planned to give defending champion Classique Legend a lead-up run but when his fitness was behind the eight-ball, the Hall Of Fame trainer changed tack and trialled him again instead. In contrast, Cummings set out to tackle The Everest (1200m) first-up with Libertini because she is so dynamic fresh.

But both horsemen have faced challenges.

Classique Legend was sent to Hong Kong after his Everest win last year but failed to acclimatise and when he eventually returned to Bridge, he was worn and skinny and it took all of the trainer's experience to prime him for an Everest defence. 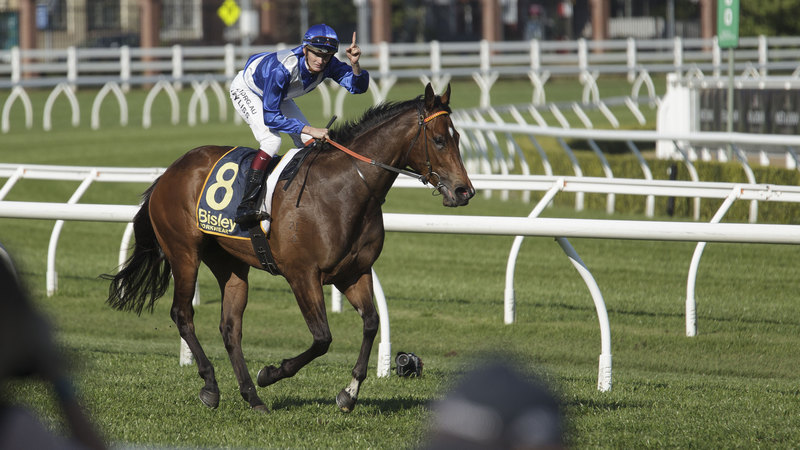 Libertini is having her second crack at The Everest, picture sportpix.com.au

Libertini emerged from a recent barrier trial lame and Cummings has been racing the clock to get on top of her feet issues, but he is comfortable the battle is won.

"The reality is that right now, we're just about there. [Tuesday's] gallop was very good, her recovery was very good, and she trotted off afterwards better than she has in a month," Cummings said. "I think we are where we need to be, both in condition and soundness, and they're key elements if you're going to try to win a race like The Everest."

Libertini was a devastating winner of the Premiere Stakes first-up last spring, earning her selection in the 2020 Everest when she finished eighth. No filly or mare has won Sydney's spring showpiece with 13 trying their luck, the best result being fifth placings by Tulip (2017) and Haut Brion Her (2020).

Libertini is the only mare lining up on Saturday and Cummings says she is in better shape than she was prior to the Premiere Stakes in which she recorded a sizzling 1.07.60 for the Randwick 1200 metres.

"She's working lengths better this time around than she was last prep leading into the first-up run where she beat Classique Legend in the Premiere Stakes," Cummings said. "In terms of the things you look for and the guides you look to get, I've got all the ones I need to be confident of her going to the races on Saturday and racing well."

Libertini landed barrier eight at Tuesday's draw and was a $26 chance with TAB fixed odds on Wednesday, with Classique Legend, who drew five, a $4.20 favourite.