Trainer John Moloney will contemplate tackling the best of Melbourne’s three-year-olds with Milton Park after the gelding made it two-from-two for the campaign in the $135,000 Tile Importer Handicap (1400m) at Sandown on Saturday.

Moloney said that race was likely to decide the gelding’s immediate future, a Group 1 contest or lower the expectations and stay in lesser three-year-old grade.

But Moloney said there was still some filling out for Milton Park and maturing to do before the gelding reaches his full potential.

Ridden by Damien Oliver, Milton Park, the $2.90 favourite, led throughout in scoring by 1-½ lengths from Bella Tiara ($3) with Still Be Friends ($11) three-quarters-of-a-length off third.

“He’s carried 60kg today so he’s going to get a little more weight if we stay in this grade, so we might have to try something tougher,” Moloney said.

“If he doesn’t measure up, we can always come back in grade, but if he looks like he can handle it then we can have a go at the Guineas.

Oliver was impressed with Milton Park and said it was not his intention to lead on the three-year-old.

The champion jockey is unbeaten on Milton Park having partnered the gelding to a first-up win at Flemington on January 9.

“He’s a big free going, bold striding sort of galloper and it was the perfect race for him today,” Oliver said.

“He’s well suited in these types of races at this time of year and I think he can continue on his way.

“I thought I kicked a little bit away from them but halfway up the straight I felt them coming. I know this horse will stick on for me and he can maintain a gallop.”

Oliver said he could see no reason why Milton Park would not handle a rise in distance.

By Written Tycoon from the Flying Spur mare Gawne, Milton Park has won four of his seven starts and just shy of $240,000 in prize money for his owners Ms J C Sampson & Miss M R Taite. 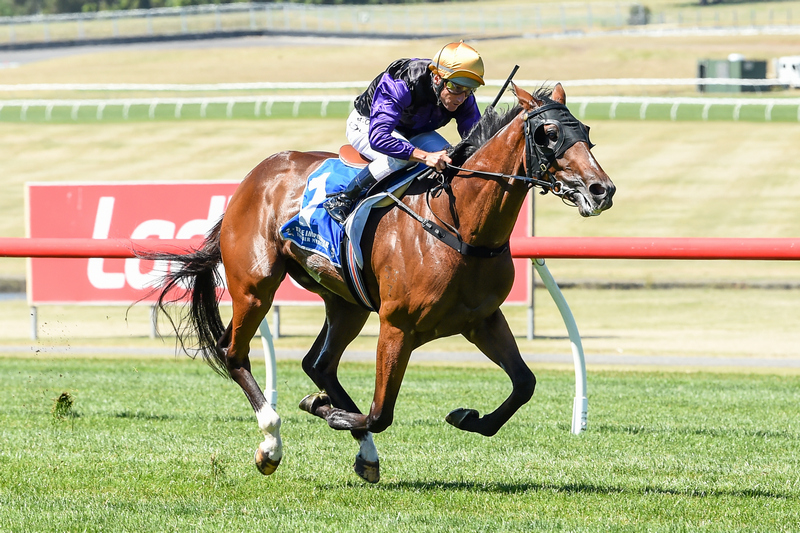