Copperfield shows some magic at Cranbourne

The Mick Price and Michael Kent Jnr stable is confident Copperfield (NZ) can progress to better company after his success at Cranbourne wearing blinkers for the first time.

Copperfield (NZ) took out the O’Brien Real Estate Handicap (1400m) on Wednesday, a benchmark 64 grade race, but what impressed stable spokesman Ben Elam was the way he went about it.

Ridden by Patrick Moloney, Copperfield ($4) scored by 1-½ lengths from the $2.60 favourite Sacred Command with Cyclone Tim ($41) a further 2-¾ lengths away third.

“That was quite a classy performance,” Elam said. “He had the run where he missed the kick wearing blinkers for the first time and dwelt at the start, but Patty found a great position. He found the back of a couple and was able to produce him at the right time.

“He (Copperfield) looked as though he was going to have a think about it when he got up outside those horses, but he was really good today and hit the line hard and that’s what the blinkers were for.”

“He’s a tough Kiwi that likes his racing and likes his work. That’s four runs now for the prep for two wins and two seconds, so he’s putting together a good resume and he’s a horse that we’re going to go through the grades with.

“And we think he can get to Saturday grade.”

Moloney said the way the race panned out was ‘plan F’. Carbonetti delayed the start after breaking through the barriers, which did not help Copperfield (NZ).

“We didn’t expect to be that far back, but we were on the back of the right horse (Sacred Command), and he travelled really well with the blinkers on,” Moloney said. “I think he’s got a couple of gears that he’s not utilising yet, but Mick and Michael, they’ll work it out.” 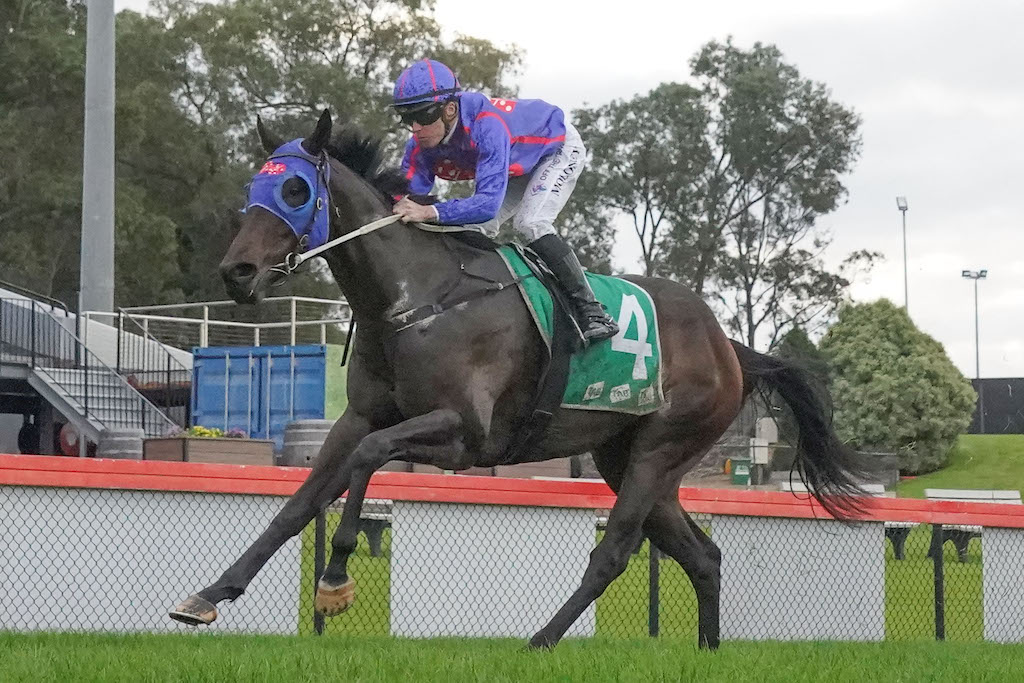