Coolangatta gets home on the Gold Coast 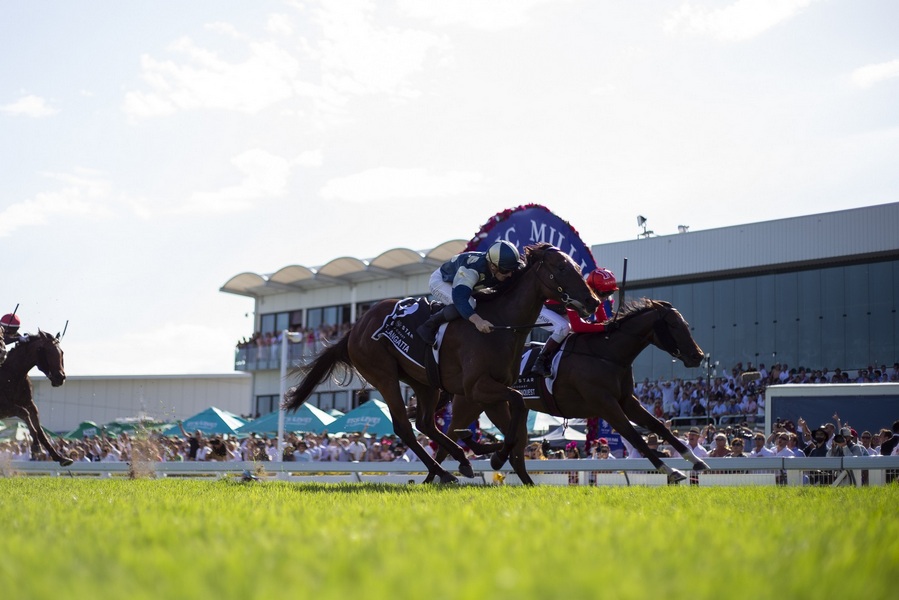 Perfectly prepared by Ciaron Maher & David Eustace and ridden with his usual expertise by James McDonald, the ultra-precocious daughter of Written Tycoon went into the assignment with an unbeaten record and came out of the Restricted Listed contest with her reputation fully intact.

Ridden just behind the pace after jumping from barrier 10, the 2YO Classic odds-on favourite was always in contention before looming up as the likely winner soon after turning for home.

Much to the credit of the subsequent runner-up Russian Conquest, Coolangatta couldn’t be called the winner until close to the finishing line when she had finally fought off a determined challenge from the second placed filly.

Winning co-trainer Ciaron Maher was a relieved man when interviewed immediately after the success of his brilliant 2-year-old.

“It’s a big relief when they’re such a short-priced favourite,” Maher admitted. “When JMac went early it made me a little nervous but she was super.

“Dave [Eustace] and I aren’t normally at the track together — he’s somewhere and I’m usually somewhere else — so it’s great to share it with him today.

“She’ll have a break now and head towards the Slipper.”

“The race played out perfectly. I got into the best spot possible and she does the rest. It was a great thrill to ride such a dominant favourite in the race, it comes with big expectations and I’m glad to be able to aid her with a nice ride.

“I’ve ridden some nice two-year-olds and she’s definitely up there.”