Converge out for the spring

Group One winner Converge has been ruled out for the remainder of the spring carnival after suffering from a virus.

The J.J Atkins winner was ruled out of Saturday’s Group One Golden Rose (1400m) last week, with co-trainer Adrian Bott informing stewards he had been treated with antibiotics. The three-year-old was around $7 and featured prominently in betting for other spring features. 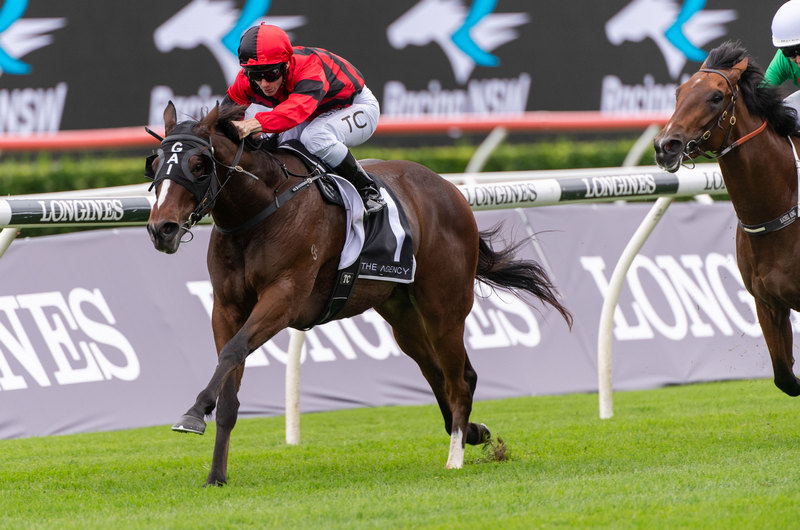 Converge is out for the spring, picture sportpix.com.au

“He just caught a virus unfortunately and he had to go onto antibiotics for that,” he said. “It’s taken a little bit out of him.

“He lost a bit of weight with that and missed a bit of work, so unfortunately, I think that’s going to be the end of the spring with him. We just feel it’s the right thing to do by the horse. He had a long preparation as a two-year-old through the winter and he’s been great to us.

“We don’t need to be going to push the issue at present, so if we need to back off and give him a good break, we won’t hesitate to do that. The main thing is we look after him right and he’ll certainly do the right thing by us later down the track.”

In The Congo will now fly the flag for Waterhouse and Bott, jumping from barrier six with Tim Clark in the saddle. The son of Snitzel hasn’t finished worse than second in his five-start career, including a win in the Group Three San Domenico Stakes in record time. The three-year-old is also nominated for the Caulfield Guineas in a fortnight’s time, sitting as a $26 chance with tab.com.au.

Bott said the colt deserves his shot at Group One glory.

“I really think he deserves his opportunity after his gallant performance in the Run To The Rose,” he said. “He’s very tough — he’s a hard horse to run down.

“In his career, he’s either won his races or gone down by the barest of margins. He certainly puts in for you every time he steps out. Expect that again on Saturday, [as] we’re confident he can stretch that out over the 1400m at this point in his campaign.”

In The Congo is currently the equal-third favourite for Saturday’s Golden Rose at $10, with the James Cummings-trained Anamoe the odds-on favourite at $1.90 with tab.com.au.