Local legal betting resumed on a limited scale in Korea this past weekend and those lucky few admitted into a small number of betting branches in the south of the country were treated on Sunday to two masterclasses beamed live from Seoul Racecourse – one from Cheongdam Dokki and another from jockey Alan Munro.

Making his first appearance as a seven-year-old, Cheongdam Dokki was sent off as a heavy faovurite for Sunday’s feature class 1 handicap over 1800M. With the race run under handicap conditions, Korea’s favourite chestnut was not only giving away 8kg to his thirteen rivals but also had to contend with the widest draw.

Neither mattered a jot. David Breux opted to jump out fast on Sun Lighting giving Park Tae-jong on Cheongdam Dokki a perfect lead across to the head of the field. With five-furlongs remaining, Park allowed Cheongdam Dokki to pass Sun Lighting as the field became ever more stretched out and from then on it was a formality with the son of To Honor And Serve going away to win by five-lengths on the line.

David Breux’s tactics on Sun Lighting were thoroughly vindicated with his mount staying on for an excellent 2nd while there was a pleasing 3rd from the locally bred Mask. 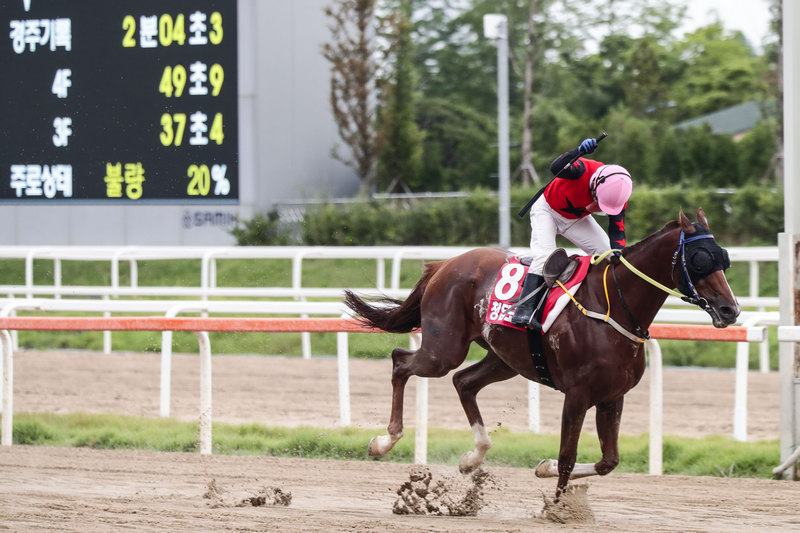 For Cheongdam Dokki it was a seventeenth win on his thirty-second career start and a reassuring statement after he had stuttered a little – but still won – on his final appearance of 2020. He had spent the summer dueling with Tiz Plan, defeating him in the Herald Business and YTN Cups in June and July, before suffering a reverse in the Busan Mayor’s Cup in August.

The 2019 Korea Cup and Grand Prix Stakes winner Moonhak Chief missed the short 2020 summer season through injury but returned to action at the end of January to thump Tiz Plan by six-lengths. While this year’s Stakes schedule is still to be confirmed due to COVID-19’s continuing interference, the trio of Cheongdam Dokki, Moonhak Chief and Tiz Plan are sure to square off sooner or later. At this stage, Moonhak Chief remains favourite but few will be writing off Cheongdam Dokki.

While Cheongdam Dokki completed a double on the day for veteran jockey Park Tae-jong, another fifty-something put on a riding clinic for those paying attention. Alan Munro began his day with victory on Spot Flatter in race 4 and then came out later in the card to win on both East Ban in race 11 and Lord Ban in race 13, both for owner Lim Jong-geun and trainer Seo Bum-seok.

Munro then completed a four-timer by guiding the very promising Jangsan Missile, an American import by Will Take Charge, to an easy win in race 14. It might have been five as when trainer Tony Castenheira was seeking a late replacement for the indisposed Antonio Da Silva in race 2, Munro was his first port of call. However, the English jockey, not due to begin until race 4, could not be roused from his nap and Kim Dong-soo duly did the business on The King Blade.

In other Seoul news from Sunday, trainer Hong Dae-you, saddled his 300th career winner when filly Grace Queen scored in race 5. Hong gained a license in 2006 with his solitary Group success to date coming a year later with Bally Brae in the 2007 Grand Prix Stakes, a horse he had previously ridden as a jockey.

Next weekend’s racing in Korea is scheduled for Busan on Saturday 27th with ten races and Seoul on Sunday 28th with fifteen races. 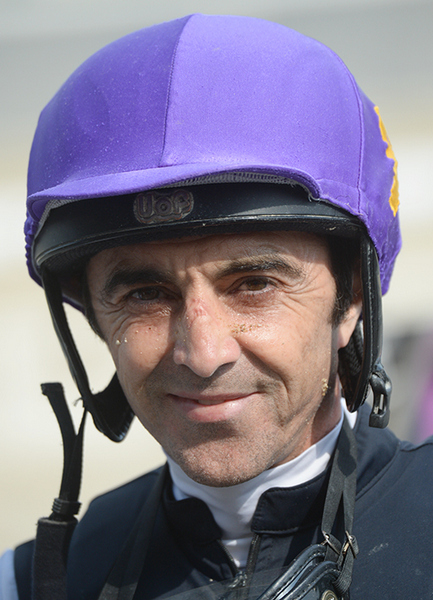 The feature race of the programme: