Scone trainer Lyle Chandler is confident Banju can replicate his efforts from a fortnight ago and collect a second Highway victory at Rosehill on Saturday.

In what was a dogged effort displayed by Banju a fortnight ago when taking out the 1400m Highway handicap, trainer Lyle Chandler expects his gelding to once again be a live hope when he lines up on Saturday over the extra journey.

Having fallen a lip short in his start prior to the maiden Highway victory, the five-year-old found himself planted three-wide for much of the going under the riding of Jean Van Overmeire.

Assured his runner was out on the best part of the track, Chandler remained full of confidence the gelding would stick to his task and run out the trip.

As his trainer anticipated, the son of Benfica battled bravely to the line to score Chandler his first city success. 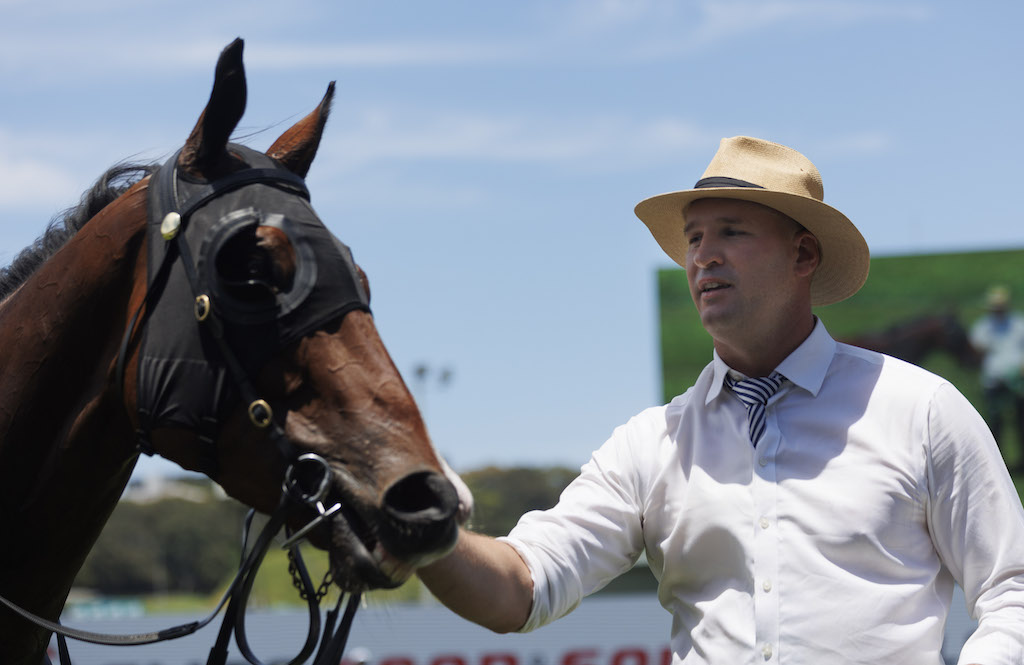 Having been the first horse Chandler brought into his stables when going out on his own in 2019, the South African native was thrilled with the triumph and couldn’t have been more grateful for the loyalty shown to him by his owners.

“At one stage he was my only horse and he’s the type of horse that gets you up in the morning. He puts you in the game and obviously gets your name out there.

“You need a horse like him when you start out, otherwise you can just get lost.

“I think it’s taken a while to get to this point. It takes a while to build them, season them and make them tough to develop them as an athlete.

“He’s always had a real honesty about him. If you had a best mate as a human, you’d want it to be him because he’s just so genuine.

As the countdown to the Country Championships inches closer, Chandler remains open to the idea of targeting the series but knows it will be nothing short of a herculean effort.

“If he was to win another Highway, I probably would consider it. But it is going to be a little tricky with him because he has been up for a while now,” Chandler said.

“Ideally I’d like to at least give him a week in the paddock before trying to target something like that.

“It could end up being quite a long preparation, but we’ve got some good facilities here like a water walker and my partner who is also a very good showjumper, so we will do a bit of flat work to just freshen him up and try to stretch the prep out as much as we can.

If Championships bound, Chandler will set Banju for the Tamworth qualifier on the 6th of March, with a top three finish enough to secure a spot in the final at Randwick on April 2nd.