The world’s best thoroughbred sprinters will contest a new-look Global Sprint Challenge (GSC) in 2016 following the addition of the Group 1 Chairman’s Sprint Prize (1200m) to the 10-race series this season.

The Chairman’s Sprint Prize, which will be held at Hong Kong’s Sha Tin Racecourse on 1 May, was elevated to International Group 1 status by the International Race Planning Advisory Committee in October, 2015, and replaces the Singapore KrisFlyer International Sprint which was discontinued after the running of the 2015 edition.

The 2016 GSC will commence with the Black Caviar Lightning (1000m) at Flemington in February and conclude with the Longines Hong Kong Sprint (1200m) at Sha Tin in December, and will again offer a US$1 million bonus to the owners and trainer of any horse that wins a GSC race in three countries.

“The Global Sprint Challenge recognises the premier sprint races from around the world, offering prizemoney and bonuses in excess of US$12 million, and the Chairman’s Sprint Prize is another quality addition to the series,” Jordon said.

“Despite the outstanding quality of sprinters the world has seen in recent years – including the likes of Australia’s Black Caviar, Japan’s Lord Kanaloa and Singapore’s Rocket Man – the bonus for the Global Sprint Challenge is yet to be won, so this year’s event provides an opportunity for a new champion to create history as the first to claim the prize.

“Hong Kong’s Aerovelocity won events in two jurisdictions last year before injury curtailed his chance to secure the bonus at his home track in December when targeting the Hong Kong International Sprint.”

Australia’s Flemington Racecourse will host the opening leg of the series on 20 February, with the Black Caviar Lightning (1000m) the first of 10 GSC races held this year.

The second GSC event will be conducted at Meydan Racecourse in the United Arab Emirates with the Dubai Golden Shaheen (1200m) to be run on 26 March – Dubai World Cup night.

The series then moves to Japan’s Chukyo Racecourse with the Takamatsunomiya Kinen (1200m) on 27 March, before the focus shifts to Hong Kong for the Chairman’s Sprint Prize (1200m) on 1 May.

The Challenge then returns to Japan for the Sprinters Stakes (1200m) on 2 October, before the second Australian leg, the Darley Classic (1200m), is held at Flemington on Saturday, 5 November.

The final chance for sprinters to claim GSC glory comes on 11 December when Hong Kong wraps up the series with the Longines Hong Kong Sprint (1200m) at Sha Tin. 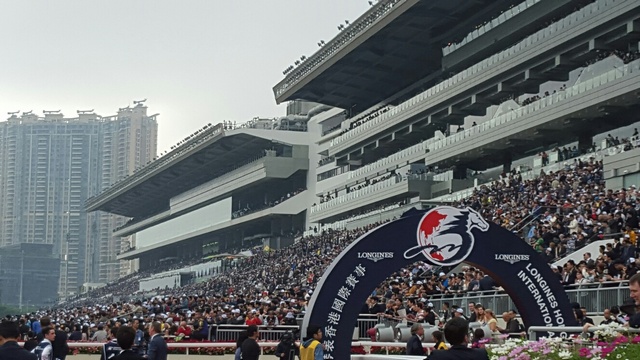