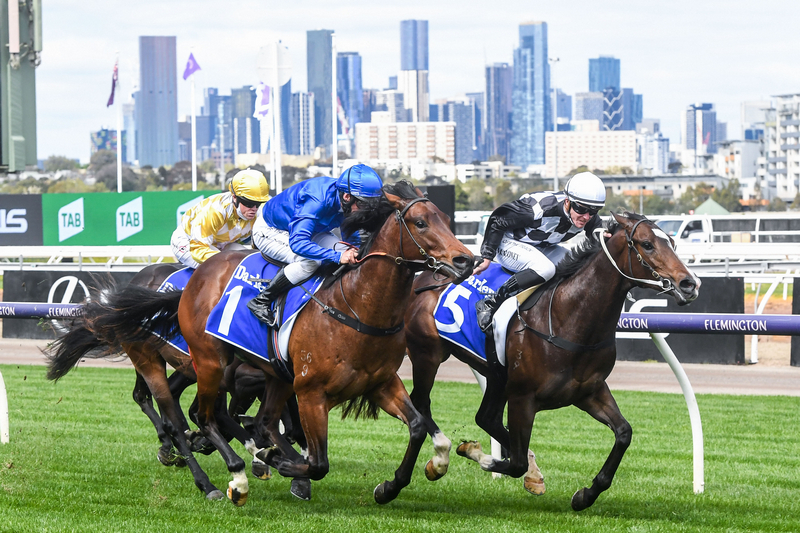 Cavalla was one of four fillies in the 900m dash, and she showed herself to be the most professional of the eight youngsters in the race. Ridden by Patrick Moloney, Cavalla ($12) scored by a head from the $2.10 favourite Contemporay, with Nominator ($5) a length away third.

Price hopes to be back at Flemington on October 2 with Cavalla for the Listed Maribyrnong Trial Stakes.

“A winner is always impressive, isn’t it, but the question is what to do with her now, I guess,” Price said.

“I see Mildred won this race two years ago and backed up into the Maribyrnong Trial. Given that she’s had experience down the straight, I’m not saying this one will, but if Grahame Begg can do it, I can have a look at it.

“She’s been workmanlike, hasn’t missed a beat, and she’s still a bit wintry in the coat, but her knees are good, and she’s never been shin-sore. “She’s just a good, workmanlike filly who will train on.”

Moloney made the most of his trip to Flemington for just the one ride, having trialled the daughter of Nicconi in preparation for Wednesday’s debut.

“I’m pretty thankful to the Mick Price and Michael Kent Jnr team as they’ve been giving me a good crack of late, and I’ve been in there doing the yards,” Moloney said.

“I trialled up this filly and my last city ride for them was River View, so my last two rides for them have been successful. Hopefully there’s a few more to come.”