Catalyst confidence ahead of 'Gator' clash

The New Zealand horseman will instruct jockey James McDonald to ride the gelding quietly from the outside barrier and rely on his trademark turn of foot to overhaul his rivals in the Group 3 contest.

It's the same turn of speed that was on show when the son of Darci Brahma powered home from last to win a G3 over 1200m at Ellerslie last month.

"Unfortunately, we've got the outside barrier, so chances are we'll ride him back," Chipperfield said.

"Just from his experience out of the gates at home, he's not overly quick and we won't be hustling and bustling him to get up near the front.

"With the good draw, Alligator Blood is going to be handy but if we're thereabouts at the 300m, with a bit of luck we'll find some room and go bang."

Despite the wide draw, Chipperfield is confident Catalyst, who is already a G1 winner in New Zealand, will make the grade in Melbourne as he auditions for a start in next month's G1 Australian Guineas (1600m) and the $5 million All-Star Mile (1600m).

Damian Lane galloped Catalyst at Mornington on Wednesday and will return to the saddle for the Guineas.

"We certainly don't think we're going to go out and win easily but off what he's done back home, we've come over here with some confidence," Chipperfield said.

"He was impressive that day (winning the G3 Mr Tiz Trophy) but he needed the run, he had a good blow after that, and he's improved since.

"We've pretty much got him right (for Saturday) but the big aim is the Group 1 (Australian Guineas) the race after." 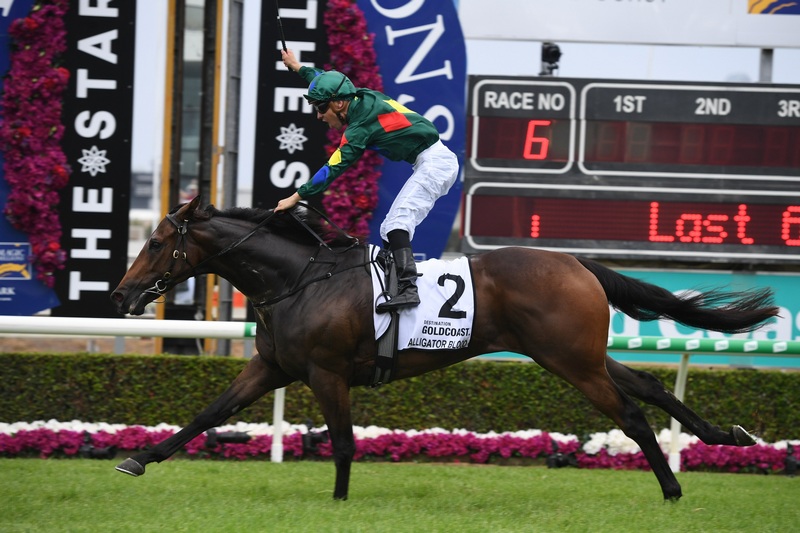