A race day outing has helped Art Cadeau to settle his nerves and trainer Terry Robinson is feeling equally relaxed ahead of the gelding's upcoming mission. The ultra-consistent five-year-old has not raced since clinching the Country Championships Final at Randwick in April and will tackle Saturday's $1.3 million feature first-up.

It is a bold plan but given the 1200m journey is short of his ideal distance range, Robinson and his owners believe Art Cadeau's best chance of victory is fresh from a spell.

"There's probably more brilliant horses over 1200 metres in the race but we just felt the best way of getting him to the race with fresh legs was first-up," Robinson said. "He's a very genuine horse, a very professional horse. He can ping the gates and put himself in a race and he's very strong to the line."

The Kosciuszko has been a long-range target and Robinson has ensured Art Cadeau has had a solid foundation. The horse has been in work for more than three months and after dusting off the cobwebs with a jump out, he stepped up preparations with a strong second to Trumbull (NZ) in a Hawkesbury barrier trial last month.

Robinson's only concern with that hitout was Art Cadeau's demeanour.  The horse was a bundle of nerves, so he took him for a race day outing at Randwick last weekend to release some energy, travelling up with stablemate and half-brother Lord Desanimaux.

"I was surprised how nervous he was and how shaky he was, so I gave him a day out at Randwick last Saturday," Robinson said. "He settled in a lot better up there, so I think he'll be better this week.

"I'm more relaxed about the horse and where he is at this stage than I was before the Country Championships. He's had a really good prep."

Art Cadeau, a $6.50 chance, will be ridden by regular partner Tommy Berry and will be Robinson's inaugural Kosciuszko runner. The horse drew ideally in gate three on Wednesday, while favourite Handle The Truth came up with the inside alley. 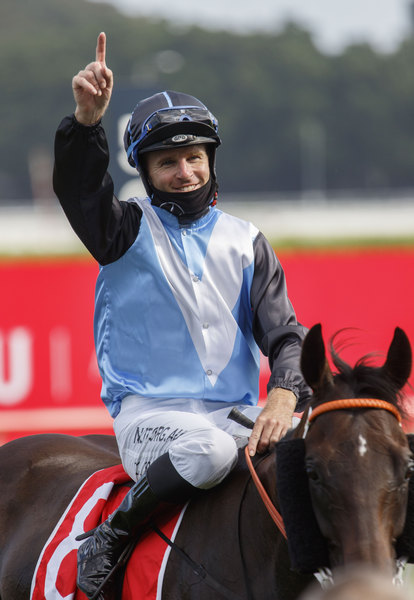