Brooklyn Hustle is set to progress her campaign towards an elusive Group 1 win with a barrier trial at Cranbourne on Monday.

The Jason Warren and Dean Krongold-trained mare is progressing nicely towards a possible start in the Group 1 Moir Stakes at The Valley on September 24.

Brooklyn Hustle has had nine starts at Group 1 level but is yet to fill a place at the highest level, however she has finished in fourth and fifth positions on three occasions each.

The daughter of Starspangledbanner has not raced since finishing 15th, her worst performance in any race, in the Group 1 Tatt's Tiara (1400m) at Eagle Farm in June.

That followed her biggest victory in the Group 2 Dane Ripper Stakes (1300m) at Eagle Farm two weeks prior to the Tatt's Tiara flop.

"It would be really nice to get that G1 next to her name," Warren said.

"She had a gallop at Mornington last week and Craig Williams came down and rode her and she'll go the Cranbourne trials on Monday and if she trials like I expect her to, she'll then go to the Moir.

"She'll probably just have the one trial before the Moir as she's got some really good residual fitness from spelling in Queensland and being in pre-training up there."

Warren has his eyes on the Group 1 Winterbottom Stakes (1200m) at Ascot in November as the race that Brooklyn Hustle may finally crack it for a win at the highest level.

But he is concerned with the border closures.

"It's a nice option as far as the Group 1's go, but I don't know how we'll go getting into Western Australia," Warren said.

"I get on really well with Adam Durant and Ben and Dan Pearce, so I could send her over to those guys.

"I did watch her win the Group 2 Dane Ripper up in Brisbane from my couch.

"I couldn't get up there then, but it was still exciting." 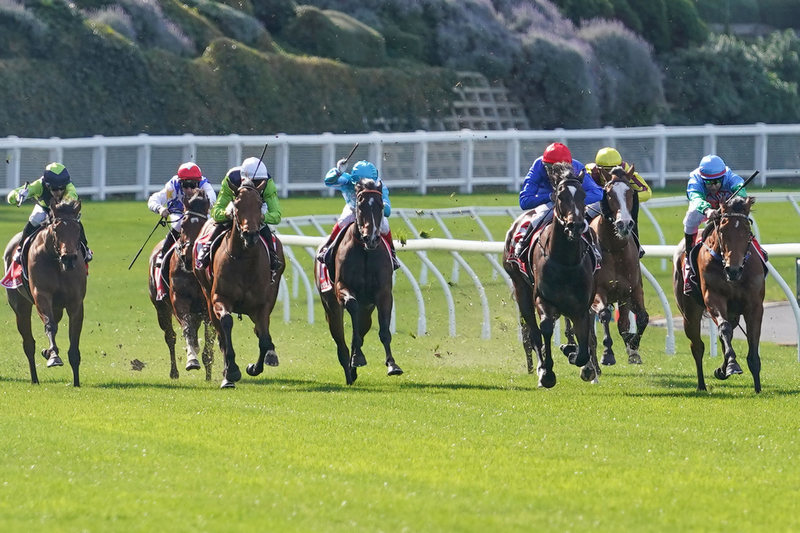 The Valley to host the Moir Stakes in two weeks, picture Racing Photos