Brimham Rocks is now exempt from the ballot for the $5 million October 19 race, which has managed to continually frustrate the country’s leading trainer, who last season notched his 100th Group 1 winner in the space of just 10 seasons.

Racing Victoria’s executive general manager of racing Greg Carpenter said: “Brimham Rocks’ weight in this year’s Caulfield and Melbourne Cups was based on his strong form from his 2018 spring campaign.

"He already meets horses like Sikandarabad, Gallic Chieftain and Steel Prince 1kg worse off in the Cups than when they met Saturday and a penalty wasn’t necessary given those circumstances."

Brimham Rocks, who has 51.5kg in the Melbourne Cup, is in 75th position in the order of entry for the $8 million race at Flemington on November 5, meaning he will likely need to win another feature race during the spring to force his way in.

Waller will be hoping to Brimham Rocks can emulate the feats of Jameka who completed the Naturalism Stakes and Caulfield Cup double in 2016.

Brimham Rocks is a $41 chance with BetEasy for the Caulfield Cup while he is a $51 chance for the Melbourne Cup.

Meanwhile, the Gai Waterhouse and Adrian Bott-trained Hush Writer (JPN), who holds a Melbourne Cup entry only, has not been penalised for his win in the G3 Newcastle Cup (2300m) on Friday.

Finche (GB), who won the G3 Kingston Town Stakes (2000m) at Randwick last Saturday, was not liable for a Cup penalty as he won a set weights and penalties event. 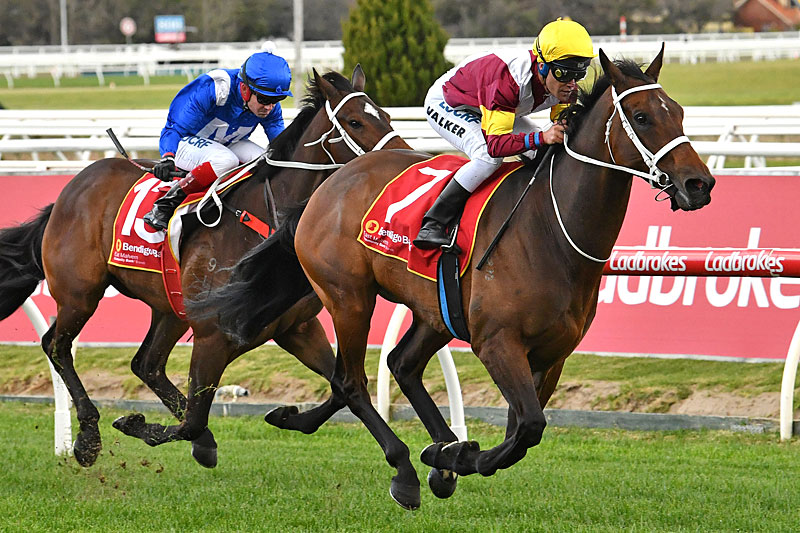