Casper Fownes sealed a double at Happy Valley on Wednesday night when Nicconi County landed the Class 3 Lyndhurst Handicap (1200m), prompting the champion trainer to predict a bright future for the three-year-old.

“He’s a nice, he’s still young, he’s still learning his trade. We’ll put him away for next season and he could be quite an exciting horse for next season,” Fownes said. “I’m pretty confident he’ll get into Class 2. Naturally, you hope they’ll develop and get stronger.”

Family Folks brightened a challenging season for Michael Chang with success in the Class 2 Staunton Handicap (1200m), providing the trainer with his 12th victory of the season.

“He can have a good break now. I’ll try to get a few more good horses next season.”

Douglas Whyte and Lyle Hewitson continued a flourishing partnership with Nothing New’s front-running victory in the Class 3 Shelley Handicap (1650m). The South African duo has now combined for 16 wins this campaign. Whyte has 41 wins for the season; Hewitson has 21.

Antoine Hamelin made clever use of Jimmy Ting’s Cigar Buddies’ searing early pace to control the Class 5 Elgin Handicap (1200m) from the outset.

“He jumped two lengths faster than everyone today – this horse is very fast,” the Frenchman said. “No-one chased me and I could control the pace, he travelled lovely and, in the home straight, he kicked and I’m happy because he deserved the win.”

Benno Yung-trained Ambitious Heart proved he had lost none of his competitive zest with victory in the first section of the Class 4 Gage Handicap (1200m) under Matthew Poon.

The eight-year-old posted his sixth win at his 62nd appearance and his fourth over the Happy Valley six-furlong course, having started his career in Hong Kong six years ago. 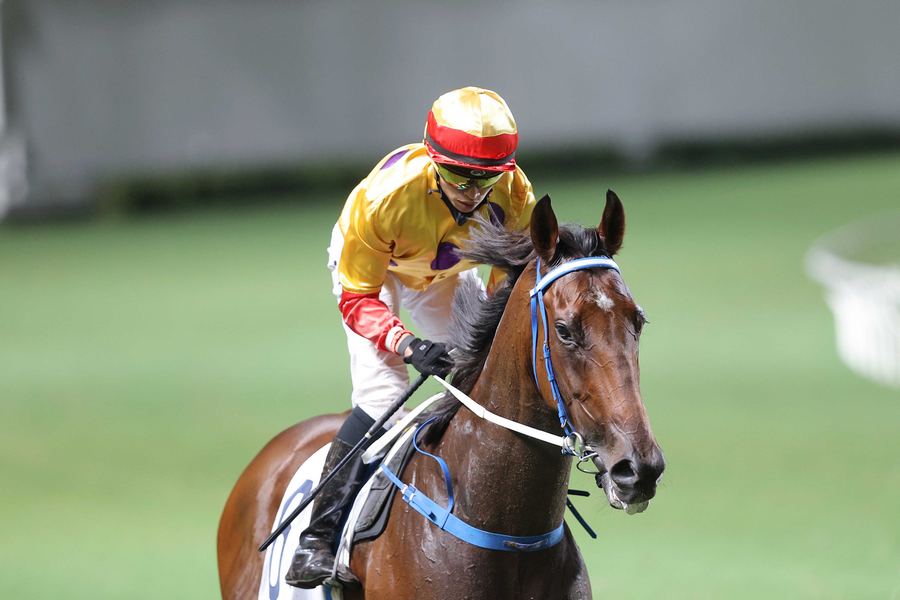