Quality sprinter-miler Brandenburg (NZ) (by Burgundy) recaptured his very good 3-year-old form from last season when running out a good winner of the inaugural $500,000 The Coast (1600m) staged on the Gosford Saturday stand alone meeting on the Central Coast of NSW.

Trained by expatriate Kiwi horseman John Sargent at Randwick, Brandenburg returned to the winning ranks after a 440-day absence, pouncing on his rivals soon after turning for home after racing off a stiff early pace, before going onto establish himself to be a cut above his opposition.

Though only scoring by half-a-length, the 4-year-old gelding was always in charge of the contest over the closing stages and didn’t appear to be fully extended to hold off the late challenges of Nudge (by Fastnet Rock) in second and Brutality (by Shamus Award) in third. 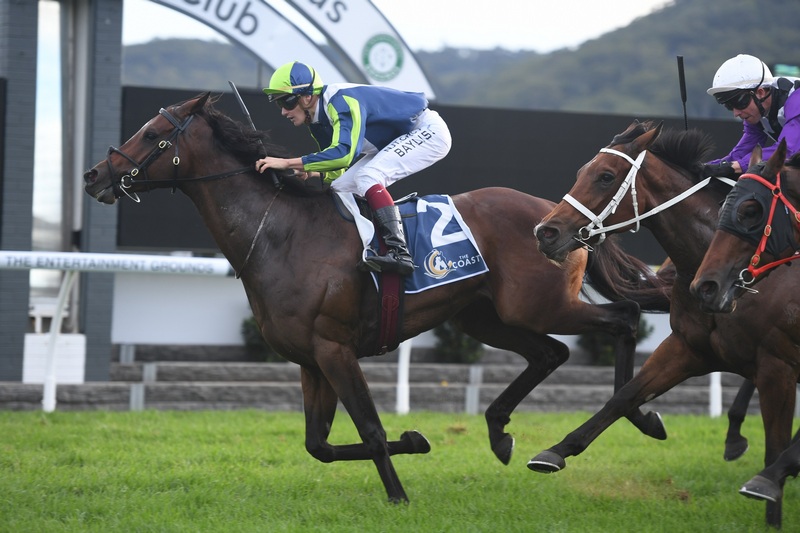 Brandenburg emerged as one of the leading Sydney-based 3-year-olds of last season when claiming the Group 2 Hobartville Stakes (1400m) in the autumn, before placing in the Randwick Guineas (1600m) and Doncaster Mile (1600m) — both staged on his home circuit at Group 1 level.

The gelding’s form as a 4-year-old hadn’t been anywhere near as good however, his only effort anywhere near the same calibre being a third behind Probabeel in the Group 3 Bill Ritchie Handicap (1400m) last September.

Nevertheless, such is the regard trainer John Sargent has for Brandenburg, the son of Burgundy also held an entry for the Group 2 A.D. Hollindale Stakes on the Gold Coast, but took his chance on the Central Coast and reaped the perfect reward.

Brandenburg was ridden to victory by Regan Bayliss and proved to be the hoop’s only ride of the day on the Gosford program.

Official margins on the race were Half-a-length x Nose.

The decision to bypass the Hollindale Stakes with Brandenburg and target a lucrative prize money purse closer to home has reaped the perfect reward for trainer John Sargent, even if he wasn't trackside to see it.

Brandenburg was slated to contest the Gold Coast feature and the Sydney-based trainer and his wife booked a trip north to watch him. But when the horse was made first emergency for the Hollindale, Sargent changed course and sent him to the inaugural edition of the $500,000 The Coast (1600m) at Gosford

“We had arranged to come up here with my wife and have a two-day holiday,” Sargent said. “Then Brandenburg was made first emergency in the Hollindale, so I decided to run him in The Coast but we still came to the Gold Coast. What more could I do? I just cheered him home from here.”

Placed in the Doncaster Mile at three, Brandenburg could not recapture that form in the spring so the decision was made to geld him. Sargent confirmed the horse would now head to Brisbane for a two-start winter campaign.

"I will give him two runs up here: the Doomben Cup and The Q22, then look to the spring, probably in Melbourne," Sargent said. "It gives me a lot of satisfaction to see him back winning again."

The victory was also satisfying for winning rider Regan Bayliss, who travelled to Gosford for one ride.

"He'd had two luckless runs back this campaign. Today, the plan was to go forward from the widest barrier, but there was just a little bit too much good speed for my liking going into that first bend," Bayliss said.

"So I came back and slotted in midfield, and I had a lovely run following Nimalee. I got a good cart up and he let down really nicely.

"This is his first prep now as a gelding. I think he's come back in tremendous order. A lot more focused horse, So the world is his oyster and I'm sure 'Sarge' will place him right." 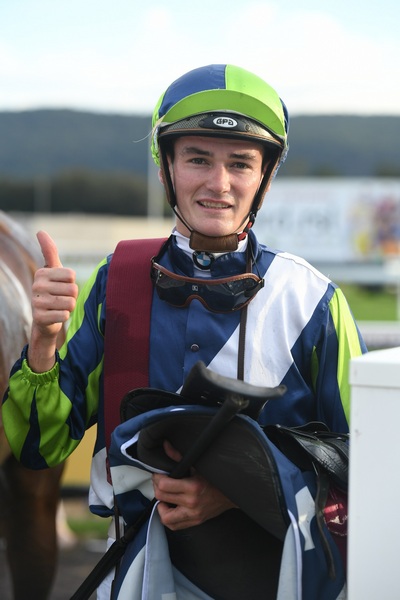