It’s been a unique year for most but leading Kiwi jockey Opie Bosson could be excused for not knowing whether he is coming or going.

The star rider, who has made an impact on both sides of the Tasman this season, is putting in the hard yards as he gets back to racing trim.

With the prospects of a trans-Tasman bubble prior to spring looking less likely as Victoria’s COVID-19 cases rise, Bosson was uncertain as to whether he would be able to ride at feature Australian carnivals in spring.

With 11 Group One victories to his name this season, comprising six in New Zealand and five in Australia, Bosson has proven he is right up with the best of his profession.

The retained rider for Te Akau Racing returned to New Zealand from a bumper Sydney Autumn Carnival, but was faced with the mandatory two weeks’ quarantine upon entry to New Zealand, a scenario not ideal for a jockey that is not a natural sub 60kg human.

“I was in quarantine in Auckland for two weeks and I got out for two walks the whole time I was there,” Bosson said.

“The second walk was like walking around something smaller than the birdcage.

“It’s a bit of a worry not being able to get back into Australia for the carnivals, but you can’t really do a hell of a lot about it.” 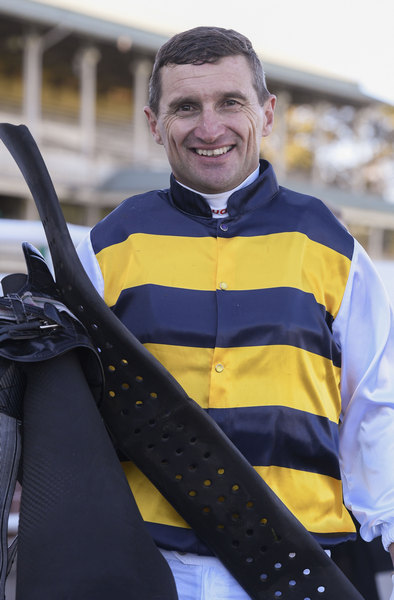 Bosson is pleased to be home at his Pukekawa sheep and beef farm and is now working on his fitness, which involves regular forays to Te Akau Stud for training sessions under the watchful eye of principal David Ellis.

“I am not too bad weight wise,” Bosson said.

“I have started training and I have a gym session this afternoon out at Te Akau. I try and go as often as I can, probably at least three days a week, but I am pretty busy here at the farm as well.

“I have had a bit of a sweat up today drenching the cows.”

Bosson expects to be back riding raceday by the beginning of the new season and rode at last week’s Te Rapa trials.

“I will definitely be ready by the beginning of the new season, but depending on how things are going, it could be a little bit earlier.

“David (Ellis) wants me to focus on New Zealand, but it would still be nice to go to Australia through the carnivals to ride in those big races.

“I made as much money in two months in Sydney as I did for the whole season in New Zealand, so it can be pretty lucrative.

“The prize money is just unbelievable over there, even though some of the races through the Championships were only worth half of what they normally are.

“But David wants me to concentrate on the horses back home to start with and there are plenty of nice ones coming through.”

Bosson has been regularly riding work at Jamie Richards’ Matamata stable and is looking forward to partnering a number of the two-year-olds that are rising three.

“Some of the better ones are not up to galloping just yet, but I rode No Limits the other day at the trials and he won quite nicely,” Bosson said.

“He seems to be coming up well and will have a little bit of a break to get ready for those classic races.

“There’s still a lot of nice horses to come through.”

Among the Group One winners Bosson rode in Australia was the Mike Moroney-trained Tofane, who is likely to target the A$15 million The Everest (1200m) on October 17.

“I spoke to Mike this morning actually and he said she’s coming up well and they’re going to focus on the Everest,” Bosson said.

“I am not sure if I can ride her or not. He said she has got stronger and put on a bit of weight.”

As a sportsman, Bosson takes heart from the New Zealand Warriors being able to gain entry into Australia.

“You could probably get in there, but doing the two weeks’ quarantine is another matter,” he said.

“It would be a challenge but if I was hard fit before I went, it might make it a bit easier.”

Meanwhile, the star hoop was buoyed by the announcement that prizemoney in New Zealand would remain largely unchanged.

“It doesn’t look like it is going to go down, it looks like it might stay the same, so that is really encouraging given the circumstances,” he said.