Racing NSW advised on Thursday that on Monday jockey Glen Boss had his appeal again his Randwick suspension dismissed. Boss lodged the appeal to try and ride in the Melbourne Cup at Flemington on Tuesday, however, his prospective mount Constantinople (IRE) was confirmed for Hong Kong's Joao Moreira before the appeal was heard. Constantinople finished 13th in the race

Boss lodged an appeal against penalty after being found guilty by Racing NSW Stewards under AR131(a), after his ride on Attention Run in Race 6 (Clubs NSW City Tattersalls Club, 2400m) at Randwick Racecourse on Saturday, 26 October 2019. Following a Stewards inquiry, Glen Boss was suspended for a period to commence Sunday, 3 November and to expire on Saturday, 16 November 2019.

This Appeal was heard on Monday, 4 November 2019 and the Panel made the following orders:

1. Finding of breach of AR 131(a) confirmed.
2. Appeal against severity of penalty dismissed.
3. Penalty of a 6-meeting suspension confirmed. That suspension commenced on 3 November 2019, and expires on Saturday 16 November 2019, on which day the appellant may ride.
4. Appeal deposit forfeited. 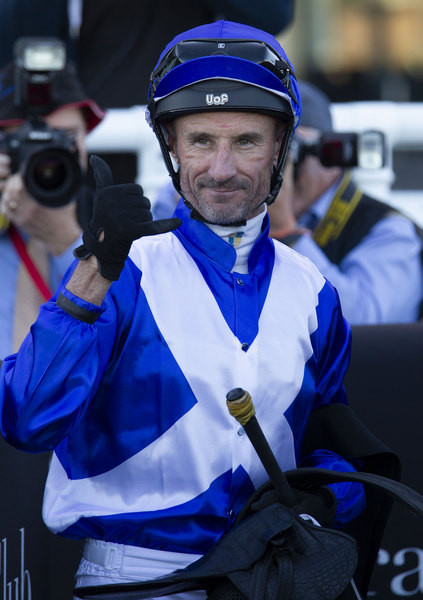