Racing Victoria says it is awaiting advice on exactly what the upcoming border closure on Tuesday night between Victoria and NSW will mean for horse movements between the two states.

NSW on Monday moved to close the border with Victoria recording further cases of Covid-19 and with Melbourne locked down.

An Racing Victoria spokesman said it could be days before the full impact of the border closure is known.

"We are awaiting further advice on the criteria for the travel permits and specifically what it means for those horse transport companies that have been approved to travel between the two states under strict racing industry protocols. At this time, it may be a few days before we have clarity on what the border closure means for the movement of horses," the spokesman said.

"Since March, persons arriving in Victoria from out of state have been prohibited from attending a racecourse, training centre and Licensed Premises for at least 14 days. This protocol means that industry participants were already limited in their movements between the two states. That said, we are also seeking clarity on whether provision exists for participants to cross the border for work and undertake a compulsory quarantine period.

"It is our intention to provide an update to the Victorian racing industry in the days ahead once we have clarity on these points."

The outbreak of further Covid-19 positive cases in Melbourne may well have implications for Victorian spring racing and the attendance of crowds back at the races. The VRC usually commences building the Melbourne Cup Week facilities and stands at Flemington in August and any delay could well mean either less numbers on-course, less sponsor participation or no crowds and sponsor activity for the world famous week. Caulfield and Moonee Valley could also be impacted with their major race days before Cup Week. 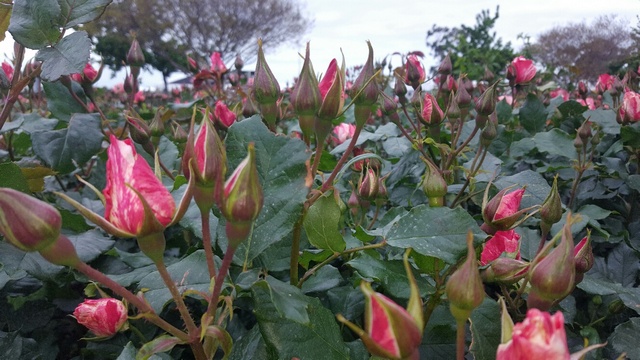 The Flemington rose gardens will be ready but will crowds be on course at Flemington for Cup Week, picture ThoroughbredNEWS