Counttheheadlights has emerged as a contender for Melbourne's richest juvenile race, the Blue Diamond Stakes following his debut win at The Valley in the $130,000, Dominant Cleaning Solutions Handicap (1200m) on Saturday.

The Ciaron Maher and David Eustace-trained son of I Am Invincible rode the speed before going on to record a comfortable win.

Ridden by Ben Allen, Counttheheadlights ($4.80) scored by 1-¼ lengths from Sumatra ($5) with the heavily backed $1.80 favourite Eros a neck away third. 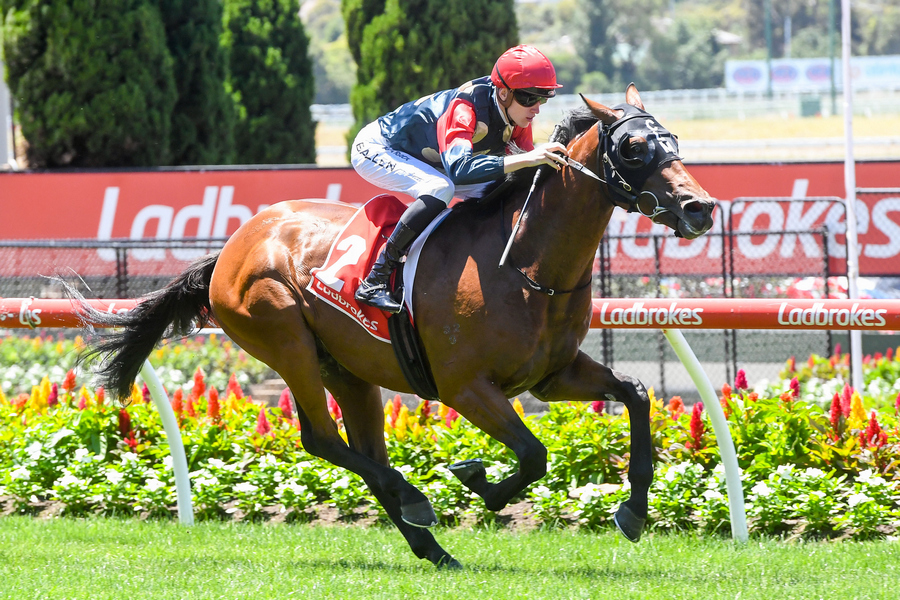 Eustace said there was merit in the performance of Counttheheadlights, describing him as professional.

"He jumped, he travelled, picked up when Ben asked him to, finished nice and strong and beat a horse who has had a start and ran well," Eustace said.

The Group 1 Blue Diamond Stakes (1200m) at Caulfield on February 26 is a race Maher and Eustace have in mind for Counttheheadlights.

Before that though, Counttheheadlights will head to the Group 3 Blue Diamond Prelude (1100m) at Caulfield on February 12.

"To be honest it's a beautiful program," Eustace said.

"He's a big, solid horse, been very sound and has plenty of condition on him so you would hope he does the job and he'll head there all being well."

Allen has been instrumental in the education of Counttheheadlights having ridden the colt in his trials leading into Saturday's debut.

"His second trial, he was a bit plain, and I was a little bit disappointed, but he didn't have blinkers on and he only does what he has to do as you saw that today."