Group 1 sprinter Vega Magic showed he was on the verge of returning to the elite level this spring after he monstered his rivals in a jumpout at Flemington on Monday morning.

With the important addition of blinkers to his gear, Vega Magic skipped through his non-preferred heavy ground to send a warning to his rivals that at seven years of age, he is far from finished despite a run of misfortune over the past few seasons.

The former WA sprinter was ridden by Damien Oliver and he gave his younger rivals a galloping lesson, eventually easing down to score from three-year-old stakes placegetter Hawker Hurricane and last season’s juvenile Flemington winner Moldova.

"He jumped out in the blinkers and he’ll probably run first-up on Memsie (Stakes) day (August 31) in the 1100-metre sprint (The Heath) and he’ll be pretty hard to beat on what I saw today.

"He wasn’t completely happy in the heavy ground but he (Oliver) kept hold of him and he spaced them." 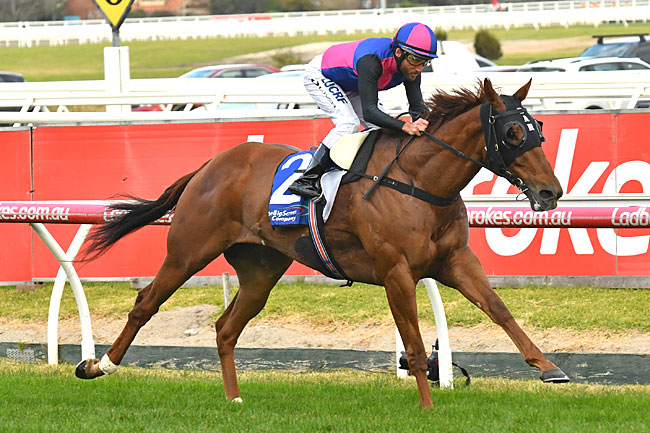 Vega Magic in the 2018 Bletchingly Stakes at Caulfield, picture Quentinjlang.com