It has been anything but smooth sailing for Barbaric since he won the Black Opal Stakes last year but trainers Peter and Paul Snowden are confident the colt is back on the right path.

The three-year-old has raced just once since his Group Three triumph in Canberra, finishing last behind Eleven Eleven at the Wyong Magic Millions race day in December. 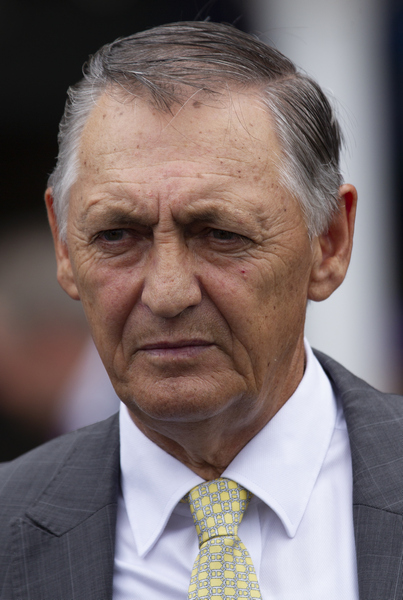 Peter Snowden said Barbaric had endured a few hiccups, including a throat operation, but had been trouble-free this campaign.

“He’s had a few little issues but he seems to be over all those now,” Snowden said. “It’s the best he has been moving and his three trials have all been solid.”

Barbaric will resume in Saturday’s Listed July Sprint (1100m) at Rosehill, a race that was somewhat of an afterthought.

He was originally slated to kick off in the Quayclean Handicap (1300m) on the same program but Snowden had a change of heart when he saw the small number of nominations for the feature.

“I wasn’t going to run him in the race, but when I saw the noms come out I thought he might be better placed there than the Benchmark 88 race,” Snowden said.

A field of eight will tackle the July Sprint, led by Godolphin duo Gaulois and Isaurian, along with Kim Waugh’s talented sprinter Trumbull. It is a handy field but Snowden says Sydney racing has been strong throughout the winter and with the spring carnival horses nearing returns, it will only get harder to win races.

“The carnival is right around the corner, so you’re going to start seeing a lot of good horses coming to the races from now on,” he said.

“Saturday is just the start of it and it will keep getting stronger and stronger.

“You’ve got to be above average to win now.”

First-up specialist All Time Legend is an early $2.50 favourite for the July Sprint, with Barbaric a $15 chance.