Having spent several weeks resisting the temptation of Brisbane’s winter carnival races to focus on his Sydney premiership chase, Tommy Berry has finally succumbed. The top jockey will head to Eagle Farm on Saturday in search of his first Stradbroke Handicap success aboard second favourite Wild Planet for Team Hawkes.

The chance to ride one of the leading fancies in a Group 1 feature, combined with the fact he still trails defending champion James Mcdonald by 10 wins in the race for the Sydney jockeys’ title, convinced Berry to go to Brisbane.

“Stradbroke day is the biggest day for Queensland racing and when you get offered one of the favourites in the race, it’s a hard one to knock back,” Berry said.

“If I was a bit closer to James, maybe four or five behind him, I probably wouldn’t have gone. But being 10 behind at the moment, it’s going to be quite hard to peg James back anyway.

“It would be more disappointing to miss out on a Stradbroke winner and not win the premiership as well, so I thought I’d try to win one and hope for the other.” 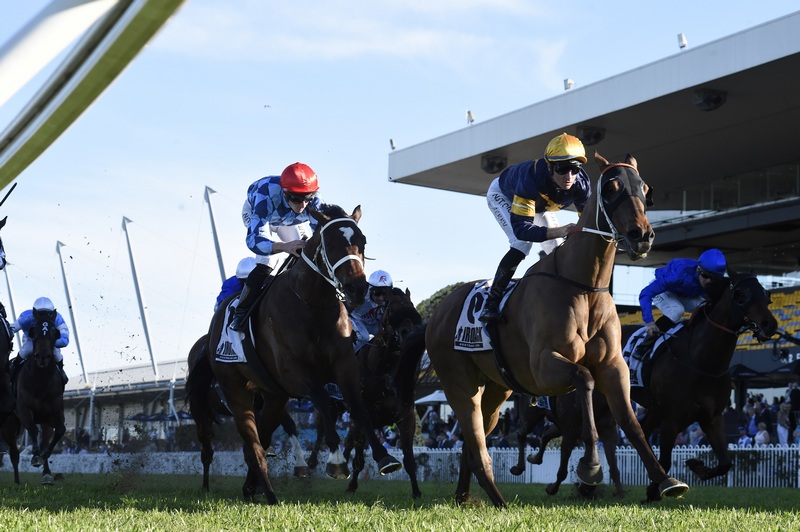 Berry is to partner Wild Ruler in the Stradbroke, picture Steve Hart

Unlike many of his rivals who are deep into their preparations, Wild Planet will tackle the Stradbroke Handicap second-up and off a four-week break. He put the writing on the wall with a fast-finishing second to Eduardo over 1200m in the Doomben 10,000 and gets to his pet journey of 1400m on Saturday, a distance he has won over four times.

Despite a tough draw in barrier 15, Berry is confident he might have found the horse to break his Stradbroke drought.

“When you look at the sprinters I’ve ridden in the past, whether it be Chautauqua, Pierata or Exceedance, horses like that that I’ve been aligned with, they’ve been good horses over the spring and the autumn, so they haven’t really got to a race like the Stradbroke,” Berry said.

“I haven’t had the right sort of horses yet, but I’m hoping this year it’s the right one.”

While John Hawkes last won the Stradbroke with Crawl in 2001, a victory by Wild Planet would give he and his sons Michael and Wayne their first success in the race as a training partnership.