A week after claiming the Kosciuszko on Art Cadeau and coming within millimetres of winning The Everest aboard Masked Crusader, Tommy Berry is brimming with confidence that he can add to his feature race haul at Randwick.

While the likes of James McDonald and Hugh Bowman have chosen to quarantine in Melbourne to ride at Saturday’s W.S. Cox Plate meeting, Berry is content to chase the riches on offer in Sydney. And it’s little wonder. 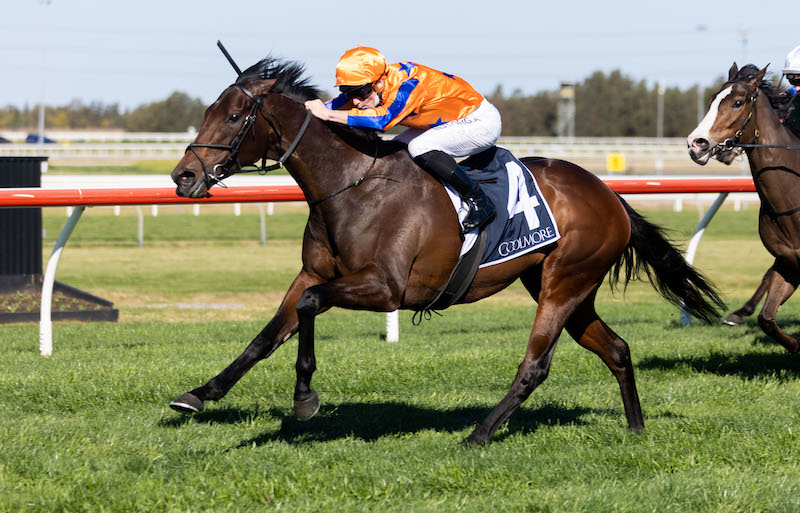 Berry rides Entriviere in the inaugural The Invitation, picture sportpix.com.au

In McDonald’s absence, Berry has landed the plum mount on favourite Entriviere (NZ) in the inaugural $2 million The Invitation (1400m), and will combine with Team Hawkes in both the Bondi Stakes (1600m) and City Tattersalls Club Cup (2400m) in which he partners Hilal and Zeyrek respectively.

Hilal rebounded from a disappointing performance in the Golden Rose to clinch the Stan Fox Stakes at his latest appearance and Berry says he will be hard to beat again.

“He’s always been a horse who’s shown Group One ability,” Berry said on Sky Sports Radio. “He was second over a mile in the Champagne [Stakes in the autumn] against Captivant, who’s going around in a Cox Plate on the weekend. I think he’ll win on the weekend provided he does everything right.”

Hilal and Coastwatch ran the quinella in the Stan Fox Stakes and the two are fighting for early favouritism with the Chris Waller-trained three-year-old marked at $3.20 with TAB fixed odds on Wednesday, shading Hilal at $3.50.

Zeyrek is the early $2.40 elect for the City Tattersalls Club Cup after finishing a last-start fourth to Montefilia in the Group One Metropolitan over the same course and distance. While Berry hasn’t ridden the import this preparation, he has been closely involved with Zeyrek since the horse’s arrival in Australia and is excited about his future.

“He’s a horse I’ve always had a lot of time for,” Berry said. “His run in the Metrop was outstanding and you’d have to say this field is not quite up to the standard of what the Metrop was. He keeps improving and he’s one in this race I think can go on with it with another preparation under his belt in the autumn.”

Berry has rides in nine of the 10 races with the Waller-trained O’President rounding out his feature race bookings in the Listed Brian Crowley Stakes (1200m).