Good ground and a dry forecast fills in-form jockey Harry Bentley with confidence that top sprinter Limato can make a winning return in the Group 2 Duke Of York Clipper Logistics Stakes on day one of the Dante meeting at York on Wednesday. 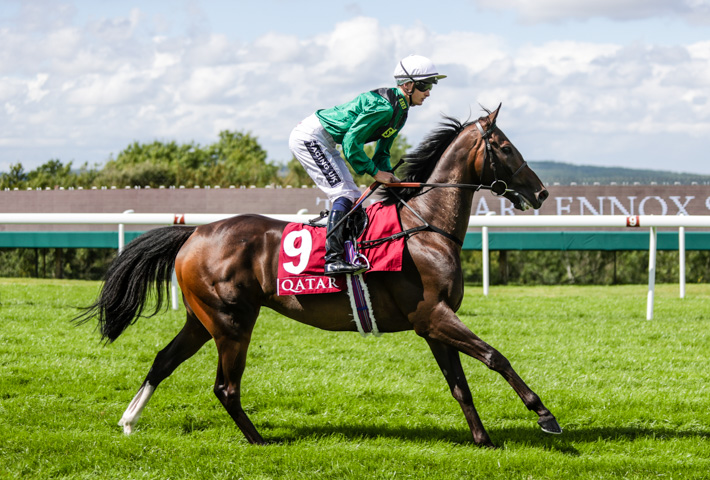 The Paul Jacobs-owned seven-year-old provided Bentley with a memorable victory in the July Cup in 2016 and boasts strong form on the Knavesmire with a second in the Nunthorpe later that year plus a Listed triumph last season.

Bentley enjoyed three winners and a second in the Cheshire Oaks at Chester's May meeting last week and is hopeful the Henry Candy-trained Limato, a best price 8-1, can strike in the £125,000 contest.

He said: "It’s always good to head into a big meeting with some confidence behind you – that’s important for any sportsman and you can’t undervalue the effect it can have. You have to be on the right horses in these big races but confidence is pretty important.

"I was slightly concerned at the end of last week with how much rain we were having but it’s dried up just in time and conditions should be perfect for Limato.

"He finished his season strongly last year and the soft ground went against us on Champions Day – it was a shame as he was in really good spirits going into it. The flat nature of the track at York suits him and he should have a good chance."

Bentley, who rode a career-best 75 winners last year, said: "Brando ran well on his return and is one of the horses I’ll have to look out for, as is Invincible Army, who won well on his reappearance, but it’s a race I can see Limato going very close in."

The Ralph Beckett-trained Sand Share finished third to Fleeting in the May Hill Stakes at Doncaster last year and Bentley feels the Khalid Abdullah-owned filly will be suited by the step up to 1m2½f in the ten-runner Tattersalls Musidora Stakes on Wednesday.

Bentley said: "I really like Sand Share. She’s only had the three runs but has some good form and plenty of potential. It was always in the back of our minds that she would stay this trip so hopefully she can run a big race.

"I love York – it’s a great track and all the jockeys would agree it’s one of the best in the country to ride at. You look forward to going there and it’s nice to head into the first day of the meeting with some good rides."

York will stage its first 22-runner race with use of the new 22-bay stalls for the Infinity Tyres Handicap on day one and course officials are not ruling out watering with temperatures set to peak at 20C at the track on Tuesday before becoming cooler later in the week.

Anthea Morshead, racing manager and raceday clerk of the course at York, said on Monday afternoon: "It’s good ground all round – it was just on the easy side of good this morning but it’s been a dry and sunny day and we're expecting much of the same for the rest of the week.

"It’s set to be a little cooler as the week goes on but it's a dry and settled forecast.

"We wouldn’t rule out watering at this stage and will monitor conditions – at this time of the season we wouldn't want ground any quicker than on the fast side of good.”