David Jolly's Behemoth has taken over the favourite's slot for the $500,000, Group 1 Sir Rupert Clarke Stakes (1400m) at Caulfield on Saturday after the withdrawal from spring racing of Showmanship (NZ) with a tendon injury.

Racing Victoria stewards' advised on Monday night that Showmanship was out of further spring racing with the injury and TAB reported that Behemoth was now the $3.50 favourite after being at $5.00 behind Showmanship at $3.50 earlier on Monday.

Behemoth, a five-year-old All Too Hard gelding, comes to the Sir Rupert Clarke Stakes after winning the Group 1 Memsie Stakes over 1400m at the same course on August 29th.

Showmanship, a five-year-old Showcasing gelding, has won seven of his eight starts including the last at stakes level over 1200m at The Valley on September 5th.

Superstorm and Tagaloa share the second line of the market at $7.00 with Age Of Chivalry at $9.00 and the rest at $11.00 and over. Final acceptances are taken later this morning. 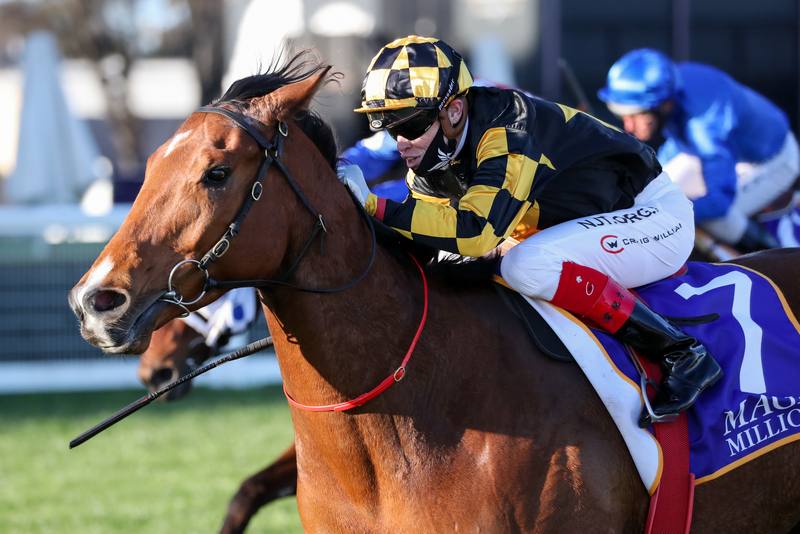