Emerging star Begood Toya Mother is currently sixth in voting for March's $5 million All-Star Mile but he will only go to the world's richest 1600-metre race if he is a genuine chance of winning it.

Trainer Daniel Bowman said on Tuesday that Begood Toya Mother, who launches his autumn campaign in Friday night's Group 2 Australia Stakes at The Valley, would need to win one or both the Orr Stakes and Futurity Stakes over 1400 metres after his first-up outing to take up a spot in the All-Star Mile field.

"He's nominated for The All-Star Mile - it's one of those things you'd hate to be up and going and not nominated - so we nominated him and he's probably going to get votes because he's a popular horse but I would be wary to say that he has to be winning the Orr or Futurity for us to go there," Bowman told RSN927.

"I am not going to take him there to run a nice sixth because I think he can go to Queensland and emulate similar to what The Bostonian did last year and win two or three of those Group 1s up there and if we went to The All-Star Mile, it would jeopardise those plans."

Bowman said he believes last spring's G1 Sir Rupert Clarke Stakes winner has taken the next step after enjoying a long spring and summer break as he sent him straight to the paddock in September rather than pursue the carnival onto The Valley and Flemington.

"Now he's come back, I am more than happy we did it (spelled him) because he's really strengthened up," Bowman said. "He looks bigger and better than he's ever looked.

"He looks like he's made the jump physically to handle weight-for-age racing. His work indicates that and it's just a matter now of going to the races and putting it together.

"I think he's improved in his work and improved in himself physically strength-wise. You've got to remember, he's only had 13 starts - there is room for improvement.

"I think he's made that jump. I reckon he's found that couple of lengths that he needed to. It probably won't be over 1200 metres on Friday night, but we're going to have the two cracks over 1400 metres at weight for age, so we'll find out pretty quickly.

"At the moment, his best distance is 1400 metres, but if he can show maturity and start to relax more, then we might be able to stretch him to a mile."

James Winks will ride Begood Toya Mother on Friday night as his regular rider Declan Bates takes those early steps in his comeback after suffering a kneecap injury.

Sidelined since November 8, Bates takes five rides at Tuesday's Warrnambool meeting to mark his return from the painful injury.

It is expected he will be ready to ride Begood Toya Mother in the G1 Orr Stakes at Caulfield on February 8. 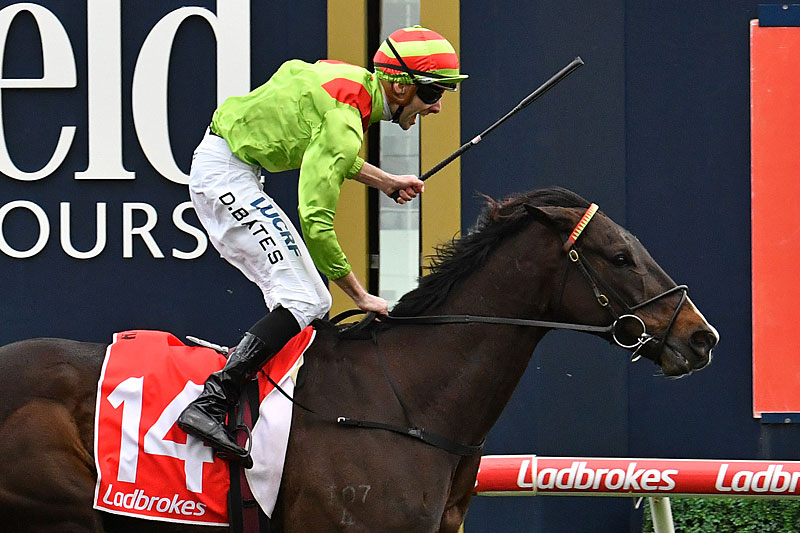