Battleton up for Guineas fight

A low barrier draw will be key to the chances of talented three-year-old Battleton as he bids to break his black-type duck in the Group 3 Winx Guineas at Caloundra.

Battleton has been knocking on the door for a win with a string of minor placings at his three campaign starts, including a second to the smart Kiss Sum in the Gunsynd Classic (1600m) last start.

That was his first attempt over a mile, an experience trainer Bjorn Baker expects will hold him in good stead when he tackles the same journey at the Sunshine Coast from an ideal gate in four.

“He has been running really well and it looks a good race for him,” Baker said. “It’s his second time at a mile, so I’m looking forward to that.

“He is in great order, he looks fantastic, he is rock-hard fit, he’s got a good gate. There is a bit of rain forecast up there, but he has run pretty well on wet tracks, so he’s not out of it.”

If Battleton can measure up in the Winx Guineas (1600m), Baker confirmed the gelding would be given an opportunity to qualify for the Golden Eagle in the spring. “He would have to win to really be a chance of making the Golden Eagle, but it is in the back of our mind,” he said. 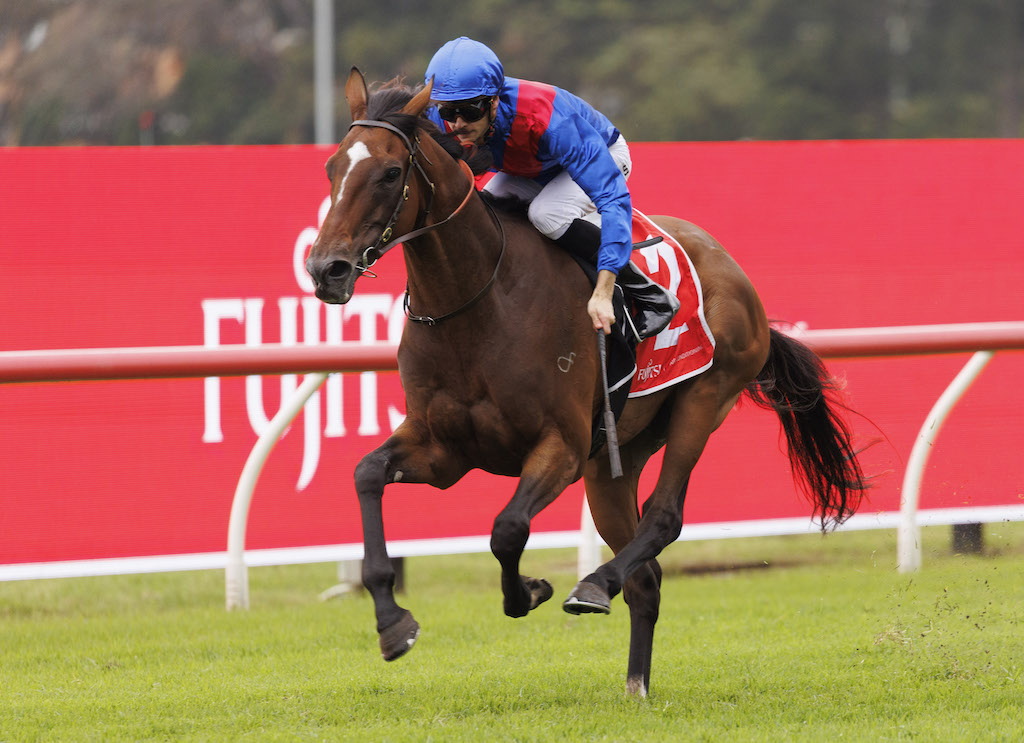 Baker will also be represented in the Listed Caloundra Cup by Arapaho (Fr), who will be on trial at the 2400 metre journey. A scintillating winner over 1800m on a heavy surface in May, Baker says the import needs a rain-affected track if he is to make his presence felt.

“That’s going to give him his chance,” Baker said. “If the rain comes, he’s a show. If it doesn’t, he is probably going to struggle.”

Battleton heads betting on the Winx Guineas at $2.40 with Arapaho (Fr) an $11 chance for the Cup.