A capacity field of 14 plus three emergencies were accepted for the $150,000, Listed Chandon Civic Stakes (1400m) on the Australian Turf Club’s ten race programme at Randwick on Saturday and TAB’s market has gone for the third emergency, Battleton, to be the opening $4.20 favourite.

The Bjorn Baker trained three-year-old Zoustar gelding was twice Group placed at Eagle Farm over the Queensland Winter Carnival, the last a 2L second to Kiss Sim in the Group 3 Gunsynd Stakes over 1600m on June 11th. Should Battleton run Kerrin McEvoy rides with 53kg and barrier 13.

Jarrod Austin’s Looks Like Elvis will have to perform well after receiving barrier 17 for Keagan Latham and 58kg after his last start win in the 1400m handicap at Flemington on June 4th on a Soft 6 track. Looks Like Elvis, with 57kg under Linda Meech, narrowly won over It’sourtime with 54kg.

It was the tenth win for the seven-year-old All American gelding from 55 starts  and the win took his earnings to just short of the million mark at $958.860. Success on Saturday with the first prize money worth $76,500 would send him over the mark. Looks Like Elvis is at $8.50 in the market.

Oscar Zulu showed a touch of his former form from this time last year, when he strung out three wins in succession, with a 2 1/4L third with 56.5kg under Regan Bayliss to Cliff’s Art (IRE) with 51kg in the Racing To Win Handicap over 1600m at Randwick on the 11th.

The four-year-old Epaulette gelding last saluted when winning the December Handicap over 1400m at Randwick on December 18th. On Saturday he has barrier seven with 56kg and he is at $8.50.

The Randwick track is rated a Soft 6 on Wednesday after 12.6mm of rain in the last seven days. The rail will be out 6m for the entire circuit.

Sydney’s weather into Saturday is sunny with temperatures ranging from 19c on Thursday to 9c to 21c on Saturday. 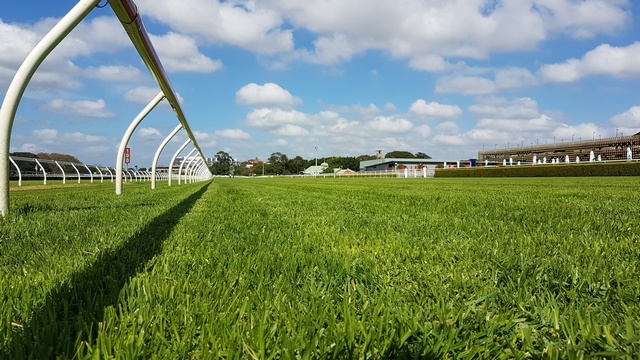 The rail is out 6m for the entire circuit on Saturday, picture ThoroughbredNEWS