Charlie Hills has reported stable star Battaash to be in top shape following his "massive" race in defeat in the King's Stand Stakes at Royal Ascot as he bids for a record-extending fifth successive victory at the Qatar Goodwood Festival later this month.

The seven-year-old finished fourth at the royal meeting behind Oxted – beaten two and a half lengths – as he attempted to defend his crown in the 5f Group 1, after which Hills described the speedball as "leg-weary" on his return to action following a setback earlier in the year.

However, the trainer has been pleased with how he handled his Ascot exertions and is relishing the prospect of Battaash returning to the South Downs as he attempts for another success in the King George Stakes, a race he has dominated since 2017, on July 30.

Hills said: "He had his first swinging canter since Ascot last Wednesday and we were all happy with him. We couldn't be happier than where he is at this stage ahead of Goodwood.

"He wasn't in the yard all that long before Ascot, I thought he ran a massive race in the circumstances considering how long he'd been in training. They went very fast that day and we know that track doesn't really lend itself to all of the attributes he has.

"It's great that we won the King's Stand last year, but we all know a track like Goodwood will suit him a lot better."

Hills and Battaash's owners Shadwell Estates could be in store for a big Friday at the Goodwood Festival with one-time leading 2,000 Guineas hope Mutasaabeq being targeted at the Group 3 Thoroughbred Stakes, while plans remain fluid for recent Summer Mile winner Tilsit, who is as short as 10-1 for the Sussex Stakes at the same meeting.

Hills added: "We did the double last year (Thoroughbred and King George Stakes) as Tilsit won the previous race and it would be nice to do it again.

"He's come out of Ascot very well and I'm happy with him. We'll make plans for him soon too." 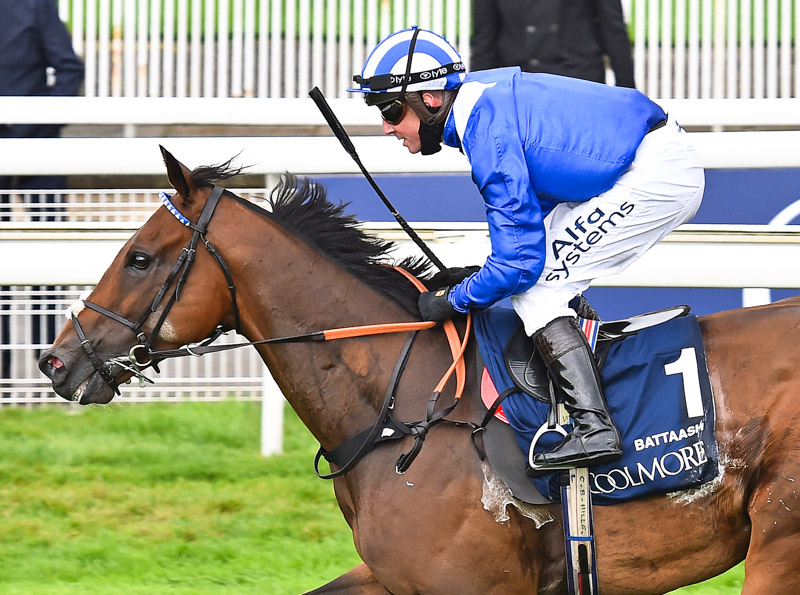