Barb Raider has answered a question in the back of her trainer Jerome Hunter’s mind as to whether the filly will stay. The daughter of Rebel Raider left him with a clearer picture of where to head after she registered a comprehensive win in the Kennedy Oaks Preview (1800m) at Flemington on Thursday.

Sent off the $1.65 favourite under Craig Williams, Barb Raider raced to a two-length win from Blackcomb ($5.50), with Tiz My Bay ($18) three-quarters-of-a-length away third. 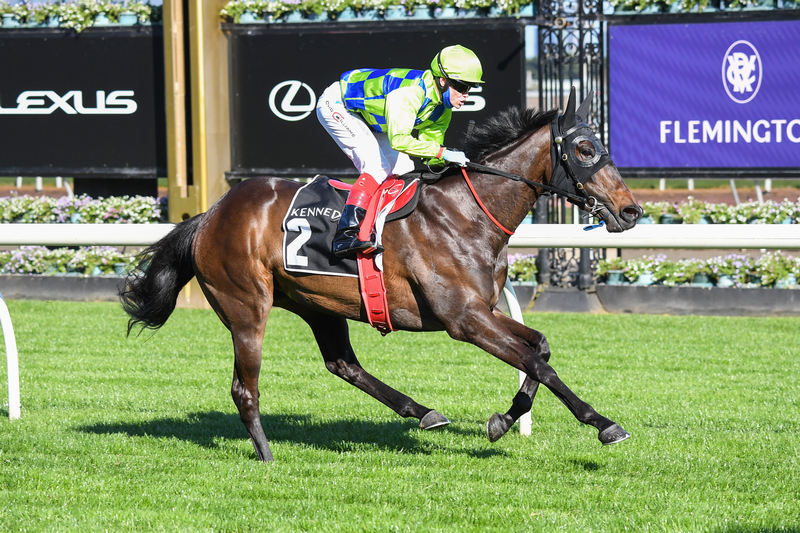 Hunter said he was pleased to see a solid tempo unfold in Wednesday’s race, rather than the ‘sit and sprint’ affairs that the filly had been racing in at her previous outings.

“You’ve still got that question mark over whether she can stay or not,” Hunter said. “But with the speed on, she still had a kick and I think she has a little bit more to improve too.

“I was looking at the backmarkers and seeing what they were doing, but she hit the line pretty good. We’ll go to 2000 metres now and if she can handle that, then we’ll go to 2500.”

Hunter is planning on running Barb Raider in the Group 3 Ethereal Stakes (2000m) at Caulfield on October 16 ahead of the Group 1 Victoria Oaks (2500m) at Flemington on November 4.

Williams said Hunter was the one who had chased him to ride the filly. “And I can see why he was very excited,” Williams said.

“One thing I’m really loving with the journey with this filly is the steps that Jerome is taking. He’s just letting her be. He’s letting her do the talking and she keeps on stepping up to the mark.”

Williams said Wednesday’s contest was a true test, rather than in her previous races where she had been asked to only sprint up late.

“She’s only had to dash up probably 400 or 500 metres,” Williams said. “But today she had to show her substance and we got to see that today under full pressure.”