Scone galloper Banju has continued his consistent form with a dominant display in the $100,000, TAB Highway Handicap (1500m) at Rosehill on Saturday.

The Lyle Chandler-trained Banju ($5.50F) has four wins and eight placings from just 15 outings. The Benfica gelding led all the way to defeat the Terry Robinson-trained Lord Desanimaux ($7) by five lengths with another Robinson charger King's Trust ($6) a long head back in third.

The five-year-old worked steadily across from barrier 13 to find the lead and gave nothing else a chance being rated perfectly in front by jockey Jean Van Overmeire. The win gave hoop Van Overmeire a race-to-race double, after saluting in the two-year-old race prior on the Annabel Neasham-prepared Sweet Deal. 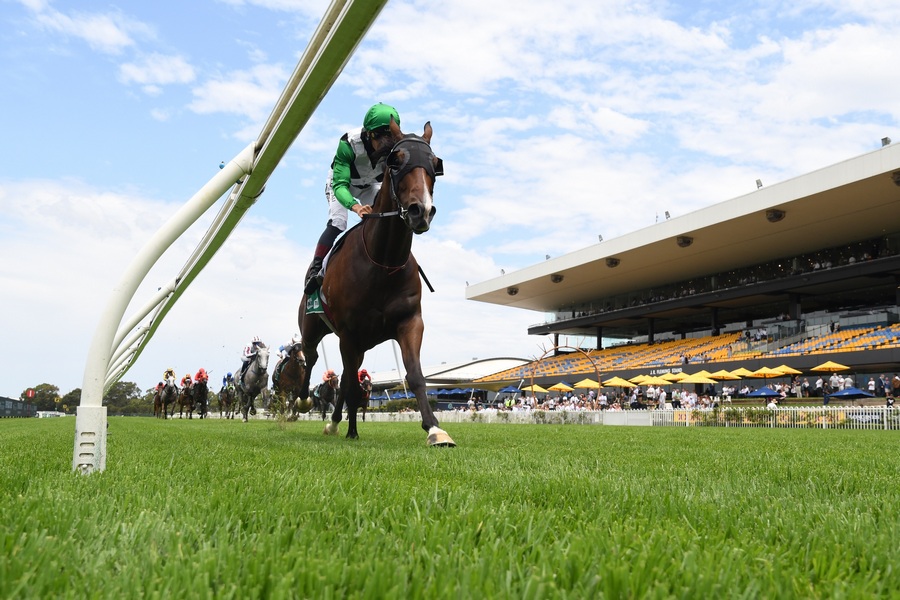 Today's victory was Banju's second Highway success in a row after taking out a Kensington edition two week's ago, and Chandler saw the addition of blinkers as being the key to his horse's recent spike in form.

"I don't think he would've done that in the past but with the shades on he managed to lead from the front today and get quite easy sectionals," Chandler said.

"In the past he's probably given that sort of run away waiting for them to come to him. But with the blinkers he's fit, he's healthy, he's happy and he's done the job."

With only five horses registered under his care, Chandler has done a fantastic job with his small team of late posting six winners (33%) and two placings (44%) from his past 18 runners.

Speaking after Banju's Kensington win on New Year's Day, Chandler explained that he has a special connection with his galloper.

"He was actually the first horse given to me, ended up being my first winner, and now he's my first big winner so it's really nice." Chandler said.

"It's a good way to repay the owners for the loyalty and trust they've showed in me."

South African-born Chandler has been a bit of journeyman in the industry and has worked for many leading trainers including Gai Waterhouse, John O'Shea and David Vandyke before taking out his own trainer's licence. He has now settled into his Scone operation and will look to build up his team of horses and owners alike.

"It's taken a while to get going but to actually have a Highway winner is great," Chandler told the Newcastle Herald.

"It's an incredible feeling, it takes all the bad days away and makes it all worthwhile. It's a cliche, but it's true."