Balding: Lockinge success for King Power's Beat The Bank would be extra sweet

Racing has already had its fair share of emotional stories in 2019, but Newbury could be the scene of another touching tale on Saturday if Beat The Bank conquers his rivals in the £350,000 Al Shaqab Lockinge Stakes. 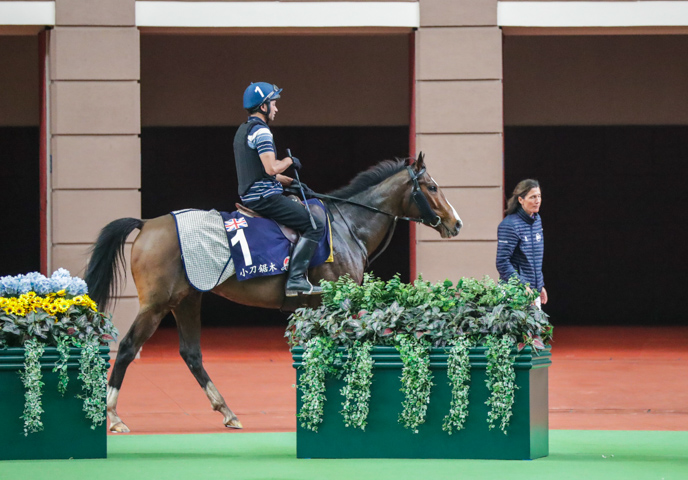 The consistent Paco Boy gelding, who was only 12th in last year's Lockinge, has been the standout performer for King Power Racing – the equine operation set up by late Leicester City chairman Vichai Srivaddhanaprabha, whose life was tragically cut short at the age of 60 when he was involved in a helicopter crash in October.

Up to that point, he had been a rising and big-spending force in racing, building up a sizeable string headed by the Andrew Balding-trained Beat The Bank, an 8-1 chance with William Hill to net Newbury's most prestigious Flat race.

He warmed up for this weekend's Group 1 by stretching his legs under apprentice Joshua Bryan at the Balding family's historic Kingsclere estate in Hampshire on Tuesday morning.

"Vichai was hugely supportive and when he set up King Power Racing he had ambitions to have 100 horses in training, which I think they've got," said Balding, who also trains live Investec Derby hope Bangkok for the outfit.

"Happily, he chose here to have the majority of his horses and it's been a fantastic experience training for them, but hugely sad when the chairman died.

"We've had a lot of support from the family, which has been great, and we've had some great results for them this year."

That support included a visit from the Thai businessman's son, Aiyawatt 'Top' Srivaddhanaprabha, who attended Kingsclere with two minibuses full of friends and a plentiful supply of carrots recently.

He also hopes to be at Newbury on Saturday if a business meeting in Bangkok concludes in time.

"Hopefully we'll achieve what Vichai set out to do and make King Power a force in European racing," added Balding, who won the Oaks with Casual Look in 2003 and enjoyed his best campaign last year.

"The chairman had a very special bond with Beat The Bank and I think he was the first horse he bought. He had great affection for the horse, so for him to win on Saturday would be extra special."

Thought better than ever by Bryan and Balding, the likeable five-year-old has won four Group 2s and connections would dearly love a victory at the highest level.

"He seems in great form and is quite an easy horse to read in that you'd be concerned if he was subdued," continued Balding, whose acclaimed father Ian won the Lockinge three times.
"He's quite a character and I thought he moved great on the gallops this morning. I couldn't be happier.

"He surprised me the other day when he worked well on our all-weather, which he doesn't usually do – it can be a bit of a struggle for him – but he really went well.

"Group 1s are just very difficult races to win, so we'll take our chance and he'll have more opportunities. He keeps winning Group 2s and must go close in a Group 1 at some stage.

"We will step him up in trip in time. I think we'll stay at a mile until Royal Ascot and then dip our toe into the water over a mile and a quarter."

Beat The Bank, the mount of King Power's retained rider Silvestre de Sousa, has form on quick and easy ground, and conditions at Newbury were on Tuesday described as good, good to firm in places with dry sunny periods up to Friday when temperatures will be cooler and could be followed by showers on Saturday.

Bio Nicely bred son of 2014 Derby winner Australia who cost 500,000gns as a yearling, but has claims of recouping that with interest at Epsom next month after a decisive win in Sandown's Classic Trial.

Balding says "I'm very happy with him and he's going straight for the Derby. He seems in great form and has got a couple more serious pieces of work to go, but I couldn't be happier with him at the moment. We had a think about taking him to Epsom for the Breakfast with the Stars event, but I don't think it's necessary."

Bio Middle distances and deep ground seem to have been the making of this gelding, who thrashed St Leger winner Kew Gardens in Chester's Ormonde Stakes last week.

Balding says "We're just going to have to keep him padded up and go into bat whenever it rains. He's in the Coronation Cup and the Hardwicke, which are the next two possibles, but he's very weather dependent."

Bio Free Handicap winner who ran well for a long way in the 2,000 Guineas, when his stamina seemed to empty, but should remain competitive over shorter distances.

Balding says "I was very pleased with his sixth in the 2,000 Guineas, but he didn't stay the mile so we'll come back to seven furlongs for the Jersey Stakes at Royal Ascot."