Aysar out to break through in Australian Guineas

The Lindsay Park training operation of Tom Dabernig and Ben Hayes is hoping it will be third time lucky for Aysar when he steps out in the Group 1 Australian Guineas (1600m) at Flemington on Saturday.

The three-year-old son of Deep Field has finished in the runners-up position in his two runs this campaign, but Dabernig expects the colt to be at his peak on Saturday.

In fact, Aysar has finished second in his past four starts.

That started when Aysar was run down last by Ole Kirk in the Group 1 Caulfield Guineas (1600m) on October 10 before stablemate Crosshaven fought back to beat him in the Group 3 Carbine Club Stakes (1600m) at Flemington three weeks later.

Aysar continued that streak at Caulfield when Group 1 Oakleigh Plate dead-heater Portland Sky had the better of him first-up in the Group 3 Manfred Stakes on January 30 before running second to Tagaloa in the Group 3 C S Hayes (1400m) at Flemington on February 13.

Dabernig says Aysar is racing well and just needs to get his confidence back having not won since scoring over 1300m at Sandown last September.

And the stable will resist tinkering with the gear on Aysar having removed the blinkers and visors in his two recent assignments.

“We’ll just leave him as is and I think he’ll be spot on third-up,” Dabernig said.

“I think he was just in need of those couple of runs and they ended up running very quick time in the C S Hayes, so I think there’s a bit more merit to it than what first appeared.

“If Ole Kirk goes to Sydney for the Randwick Guineas and Tagaloa might be a little bit suspect at the mile, even though he looked good the other day, he’s got to do it again and if Crosshaven doesn’t back up, all of a sudden, the race opens up a bit.”

Damian Lane, who is yet to crack it for a win on Aysar, having ridden the colt in his last four starts, will again partner him on Saturday. 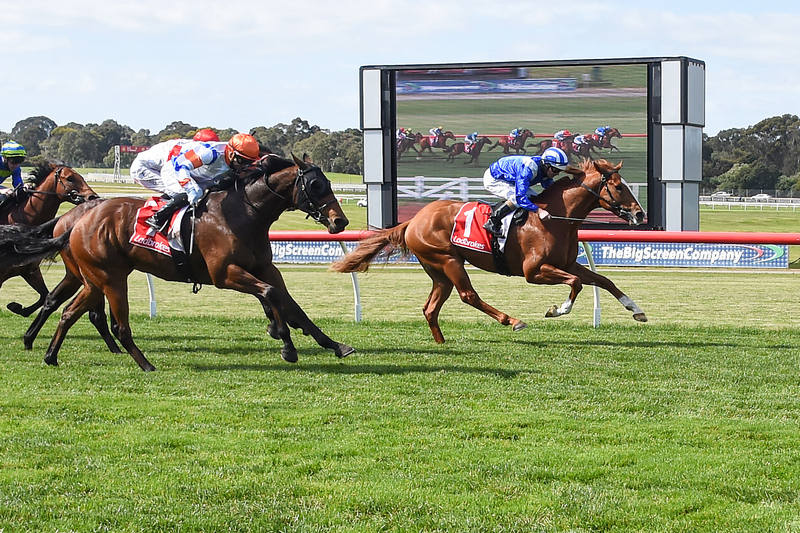