Asiago again and will Olmedo (FR) recapture his French form

This time last week this column pointed the way towards Asiago for the The Hunter over 1300m at Newcastle and Godolphin’s mare was third under Kathy O’Hara to Sweet Deal after starting from barrier 13 and by necessity travelling wide throughout the trip.

It was a good run by the four-year-old Medaglia d’Oro Group 3 and stakes winning mare and the stable have had no hesitation in backing her up for the $1m, The Gong (1600m) at Kembla Grange on Saturday.

Once again Asiago has 52kg, but crucially she has barrier four for O’Hara to work from. The market, as at Newcastle, has not been overly excited about her with TAB opening at $14.00 and firming into $10.00 by Friday afternoon.

However, Asiago is two from two at Kembla Grange, including the Group 3 Keith Nolan Classic over 1600m back in March, plus she is two from five at the distance. Hard not to point the way towards her again and to see if an easier passage will allow her lightweight to be used against her opponents.

One of those is the Chris Waller trained Olmedo (FR) who arrived on these shores earlier this year with the illustrious record of being the 2018 Group 1 French 2000 Guineas winner. The now six-year-old Declaration Of War entire subsequently won at Group 3 level over 2000m and placed at Group 2 level over 1600m.

His first run in Australia resulted in an eighth in the Group 2 Ajax Stakes over 1500m on a Heavy track at Rosehill in March after which he was transferred to Waller, the king of developing Northern Hemisphere types in Australia.

Waller produced Olmedo to run sixth in the Group 1 Cantala Stakes over 1600m at Flemington on Victoria Derby Day, October 31st, after being fifth at the 400m. A better showing in The Gong might have Olmedo travelling either to Perth or further afield to Sha Tin to race in the HK28m, Group 1 Longines Hong Kong Vase (2000m) at the HKIR meeting on December 13th for his Hong Kong owners.

To justify that Olmedo will need to produce form closer to his previous French results, so the relative modest surroundings of Kembla Grange against the majesty of Longchamp, Chantilly and Deauville of bis previous outings has considerable bearing of more than ‘just’ a million dollar stake.

Olmedo has the important assistance of Hugh Bowman with 58.5kg and barrier eight for his task ahead. There has been support for Olmedo’s cause with TAB opening him at $15.00 before he drifted out to $16.00 and now into $12.00. 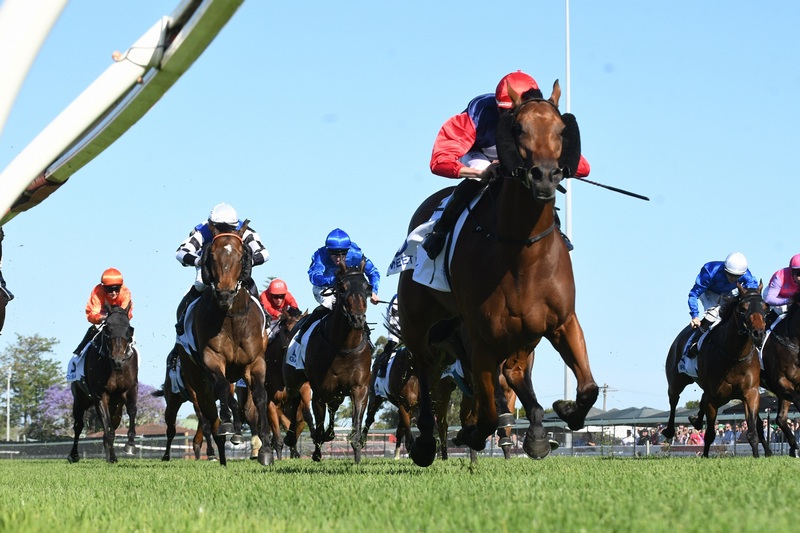