Artorius flying in lead up to the Golden Slipper

A piece of work the reverse way at Flemington has Group 1 Blue Diamond Stakes winner Artorius heading in the right direction for a shot at the $3.5m, Group 1 Longines Golden Slipper (1200m) at Rosehill on March 20th.

Blue Diamond Stakes winner Artorius heads to Sydney on Monday night to continue his preparation towards Australia's richest two-year-old race. The A & S Freedman trained colt will trial at Randwick on Thursday in preparation for the Slipper.

Sam Freedman said Artorius had a gallop at Flemington on Saturday morning, working the reverse way, and is flying.

"It was a really good piece of work," Freedman said.

"He's set to go up to Sydney on Monday night, trial at Randwick on Thursday which then gives him nine days into the Slipper.

"It should be ideal."

After winning the Group 1 Blue Diamond Stakes (1200m) at Caulfield on February 20, original intentions were for Artorius to head to the Group 1 Inglis Sires' (1400m) at Randwick on April 3.

"But ultimately it ends up being six weeks between runs and he probably needed to run prior to that anyway," Freedman said.

"He was a month into the Blue Diamond and he was electric at the end and we have taken the same tact again into the Slipper.

"I think with all the speed in the Slipper you could see a similar result if he could settle a little closer.

"He's had that run in the blinkers so he should be a little more switched on at the barriers and hopefully he can do the double."

Connections need to pay a $150,000 late entry fee if Artorius is to become the first horse since Sepoy in 2011 to complete the Blue Diamond-Golden Slipper double.

Artorius is quoted as an $8 chance in latest TAB betting that has Profiteer the $5 top pick ahead of Stay Inside at $6. 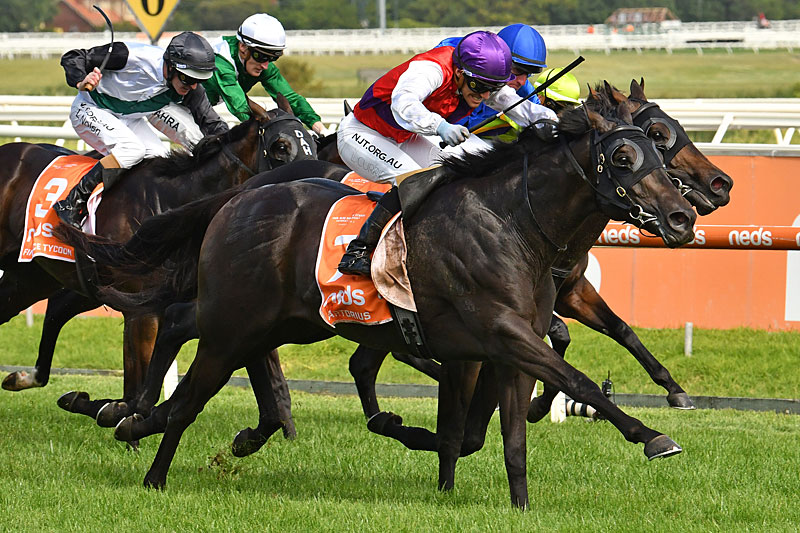