Race experience has paved the way to victory for Artorius at his second race start when the Anthony and Sam Freedman-trained two-year-old demolished his rivals in the Ladbrokes Switch Handicap (1300m) at Sandown on Saturday.

A debut second at Geelong earlier in the month, Artiorius came from a rearwards position on the turn on Saturday to record a convincing win under Mark Zahra.

TAB reacted to the victory, shortening Artorius from $51 to $15 for the Group 1 Blue Diamond Stakes (1200m) at Caulfield on February 20. 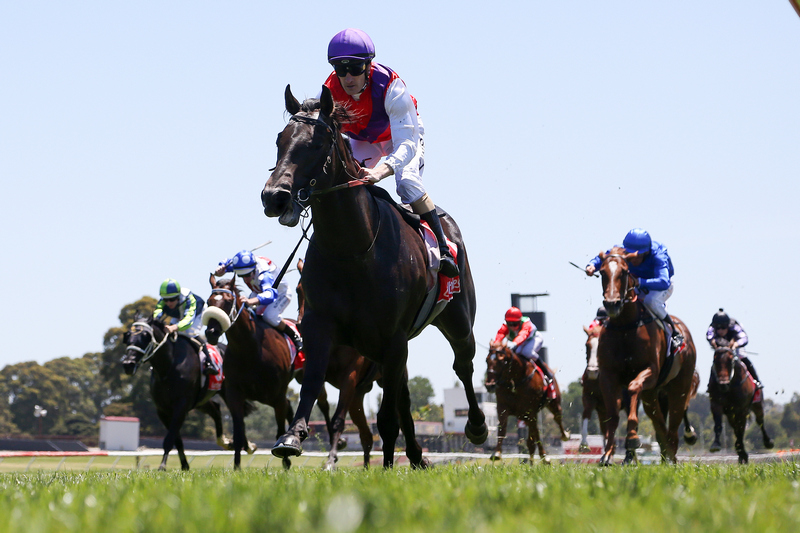 Sam Freedman said he and his father Anthony now have some thinking to do, whether keep him fresh and aim at the Blue Diamond Stakes or stretch him out in distance.

“We’ll just have to work out where we go,” Sam Freedman said.

“He won so well there so we might have to give it some thought.

“He took some necessary steps forward from his first-up run. He was very green and raw and didn’t know what he was doing.

“Most of our horses tend to improve as they get deeper into their two-year-old campaign so the 1300 metres suited.

Zahra said Artorius was impressive after the race was a bit messy early when forced to go back early from a wide draw.

He said the pace did not feel strong and he wanted to be in a striking position early in the straight.

“Usually I wait a bit longer, but with a dumb horse I really wanted to stand over him and make him go.

“I went for him and he let rip alright.”

Zahra has no doubt Artorius will get a longer trip following his impressive victory.