Archedemus and Ford too strong, too quick in The Gong

A rapid early pace blew the field apart in the $1m, The Gong (1600m) at Kembla Grange on Saturday with the Hawkes’ trained Archedemus under Jay Ford stalking the early leader Positive Peace and being too strong for Dawn Passage for the length of the main straight.

From the barriers Positive Peace and apprentice Tom Sherry went out from barrier ten and Ford had Archedemus from barrier 13 right behind. These two sped off into the distance leaving the field 4L adrift at the 800m. Tim Clark had the $4.70 tote favourite Dawn Passage in fourth.

Entering the main straight many in  the field were already in trouble. Positive Peace put the flag up as well and it was then left to Archedemus, with 52.5kg, to withstand the challenge from Dawn Passage with 56.5kg.

As the sectionals ticked by Dawn Passage looked to have almost gained the advantage, but inside on the rails Archedemus, with 4kg less, was not for passing and Ford strongly urged the seven-year-old gelding to maintain the fight.

At the line they had a neck margin over Dawn Passage (Dawn Approach) with 1 1/2L to Think It Over (So You Think) (56.5kg) and Brenton Avdulla in third. Reloaded was fourth. 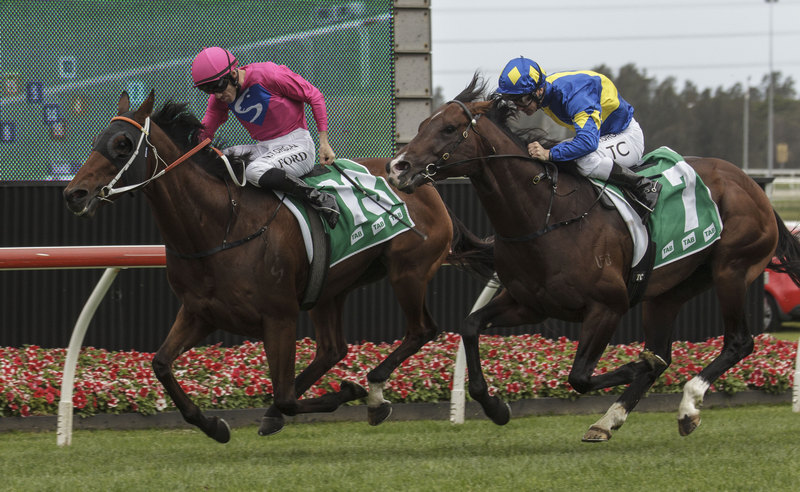 Archedemus and Jay Ford inside of Dawn Passage and Tim Clark, picture Sportpix.com.au

“With no weight on his back I have to give Jay credit. The plan was to go forward and I said to Jay I hope he jumps and roll forward and let him do the rest. You have to go that half a length quicker than slower to get his mental attitude right.

“Half way I was worried that they were going a bit too quick, but it was a very tenacious and gutsy effort, a credit to Jay and the horse, they have come together on the right day, " he said.

Archedemus, by Lope de Vega out of the Peintre Celebre mare Carolyn’s Star,  was second in the listed Ladies Day Cup over 1600m at Hawkesbury on November 11th. He won the 2019 Group 3 Hawkesbury Cup over the same distance. 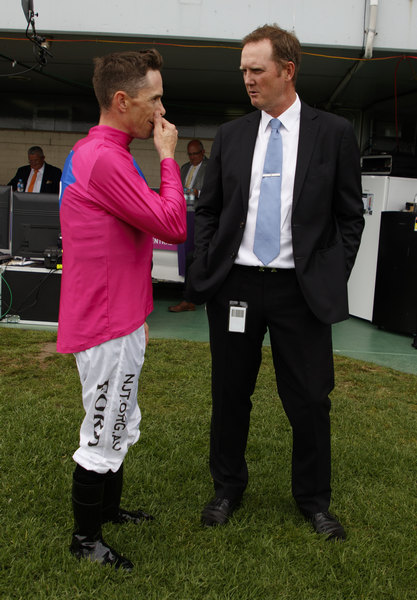