In-form stayer Arapaho (Fr) will be out to kick off the new season in the same vein that he finished the last — with a win.

The Bjorn Baker-trained gelding has gone from strength-to-strength since breaking through for his first Australian win with a stunning 7-1/2 length romp at Rosehill in May. His four subsequent runs have included a Caloundra Cup placing and an authoritative last-start victory in the Listed Grafton Cup, both over staying journeys. 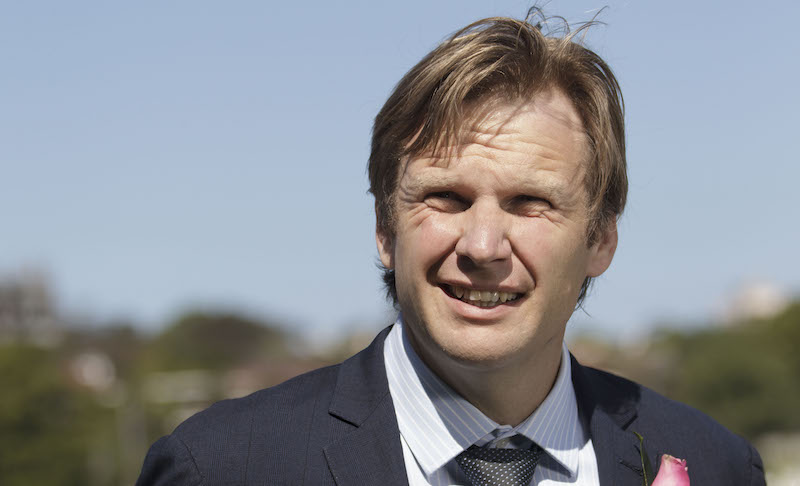 Baker admits coming back in distance is always a challenge, picture sportpix.com.au

The import drops back to 1800m for Saturday’s Premier’s Cup Prelude at Randwick and while Baker admits coming back in distance is always a challenge, he says Arapaho (Fr) has done well and any rain will boost his chances.

“You’ve got to be a little bit concerned (coming back in trip) and he’s got an awkward gate, so we’ve got to try to offset that somehow,” Baker said.

“It’s a tough race but (apprentice) Dylan Gibbons of course won on him when he won by a big margin at Rosehill that day (in May) and I’m happy to have him back on. He gets in well at the weights and he’s rock-hard fit.”

The Premier’s Cup Prelude has attracted an intriguing mix including 2021 Andrew Ramsden Stakes winner Realm Of Flowers, who hasn’t raced since finishing sixth in The Bart Cummings last spring.

The promising Chris Waller-trained pair of Lord Ardmore (NZ) and Francesco Guardi (Ire) will be out to showcase their credentials for carnival campaigns, while classy stayer Carif tackles the race second-up after returning with an encouraging sixth to Taksu over an unsuitable journey in the Civic Stakes (1400m).