In-form Victorian-trained filly Annavisto travels to Adelaide for her first trip interstate in a bid to extend her winning sequence to three in the $107,250, Listed H C Nitschke Stakes (1400m) at Morphettville on Saturday.

The race will be Annavisto's last before she is sent for a break to prepare for the spring.  Annavisto has been a revelation this campaign and arguably should be unbeaten during the autumn.

Returning with a win at Pakenham in February, Annavisto cost herself victory when she missed the start at Flemington when going down narrowly at the hands of stablemate Cumberbatch on March 6.

She returned to winning form, leading throughout, in the Listed Bendigo Guineas (1400m) on March 27 then, despite over-racing early, was too strong at Caulfield, again over 1400m, on April 10.

Michael Kent Jr, who trains the filly in partnership with Mick Price, said Annavisto was going even better now than before her latest performance.

"She's dappled on the shoulders, the hind quarters, she going so well," Kent Jr told RSN.

"And she gets in to Saturday's race really well.

"She had to carry 60 kilos in the handicap last time but she'll come back to a set-weight and penalties and carry 55.5 (kg) on the Morphettville Parks track and I think she'll be hard to catch.

"She's had a lovely preparation and she probably should have won all four starts to be fair.

"I think it should be a nice run for her, it will end her campaign and then she can come back for the spring.

"She's built a nice rating now so we can now have a go at some better races in the spring." 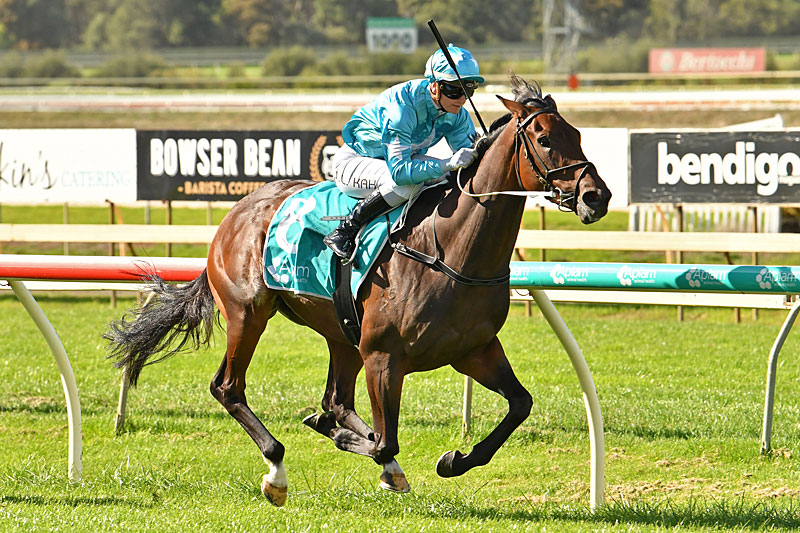