Ancestry set to bounce back in Wangoom Handicap

Trainer Phillip Stokes hopes Ancestry may be the runner to kick-start far greater representation from his stable at the Warrnambool Three-Day Carnival.

Stokes set up a Victorian base at Pakenham in early 2019 and prior to that had only limited representation from his stable in Adelaide. The trainer sent Snitzkraft to Warrnambool last year to run in the Listed Wangoom Handicap, the same race Ancestry lines up in on Wednesday.

“I had Snitzkraft run in the Wangoom last year and I might have had a few others when I was in Adelaide, but it’s something I want to change and definitely have more of,” Stokes said. 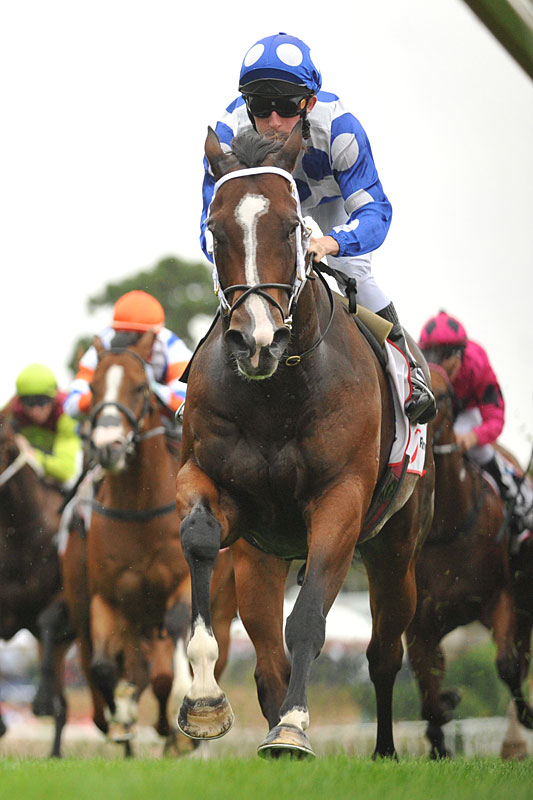 Ancestry runs in the Wangoom this week at The ‘Bool, picture Racing Photos

Ancestry is the $5.50 second favourite with TAB for Wednesday’s sprint feature of the Three-Day Carnival, which sees local galloper Great Again the $5 favourite. The gelding will have to lump 60kg on Wednesday, but Stokes says the rain that fell in Warrnambool on Monday will benefit the sprinter.

Ancestry is coming off a last start ninth behind Sisstar in the Listed Bel Esprit Stakes (1100m) at Caulfield on April 17.

“He got beaten just over three lengths, carried 60 kilos and was giving horses four, five and six kilos, and I don’t think he’s good enough to do that,” Stokes said.

“He’s 103 rated and has never won a Group race, and that’s what I keep on harping about. Mr Quickie, he’s a 110 rating, and he’s won a lot more than this horse has.

“The biggest thing [on Wednesday] is the weight, but if we get a bit of rain and he brings his right form, he can definitely be competitive in a race like that.”

Ancestry outsped his rivals with 57kg when successful in the Listed Abell Stakes (1200m) at The Valley on March 13 before two unplaced efforts.

“I was really happy with the horses work last week, so we’ll press on,” Stokes said.