Godolphin’s Anamoe is the $1.90 TAB firm favourite for the $1m, Group 1 XXXX Golden Rose (1400m) at Rosehill on Saturday after a field of 13 accepted on Tuesday morning.

The Street Boss colt is going for his second Group 1 success after winning the ATC Sires’ Produce Stakes over 1`400m at Randwick in April after his second to Stay Inside in the Group 1 Golden Slipper over 1200m at Rosehill in March.

Anamoe under James McDonald opened his spring account with a stylish victory in the Group 2 Run To The Rose over 1200m at Kembla Grange on September 11th defeating Group 3 San Domenico Stakes winner In The Congo by a neck with Remargue 1 3/4L back in third. Both In The Congo and Remargue are accepted for Saturday.

The Anthony and Sam Freedman trained Artorius is the second favourite at $8.00 after the Group 1 Blue Diamond Stakes winner resumed with two seconds, the last in the Listed Exford Stakes over 1400m at Flemington on September 11th. The Flying Artie colt was seventh at the 400m and just missed to Mr Mozart.

Headwater filly Jamaea takes on the males after her victory in the Group 2 Furious Stakes over 1200m at Randwick on September 4th and apprentice Brock Ryan returns from suspension to ride with barrier seven.

The Golden Rose is Race 8 at 4.05pm on the ten race programme. Acceptances for the remainder of the races at taken on Wednesday morning.

The Rosehill track is rated a Good 4 on Tuesday with the rail in the True position for the entire circuit.  Due to Covid restrictions Rosehill has not conducted a meeting since the Winter Challenge programme on July 24th.

Rosehill’s weather this week is fine and mainly sunny with temperatures from 20c on Wednesday to 27c on Friday. Saturday’s forecast is for a sunny day with 12c to 22c. 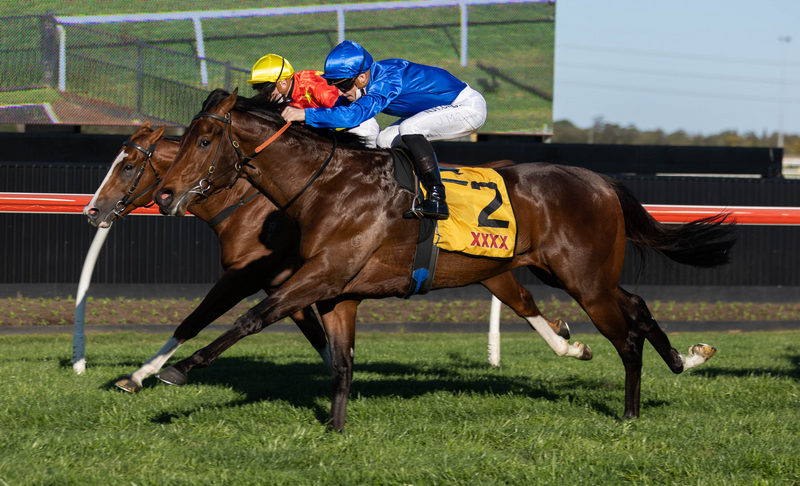