Anamoe continued his path towards a first-up run in the Group 1 Winx Stakes later this month with a trial win in Sydney on Friday. The James Cummings-trained star scored a long-head win over Angel Of Truth in a 1000-metre trial that also included Group 1 winners Cascadian (third), Profondo (fourth) and Duais (seventh).

It was his second trial, following a third placing over 740m at Warwick Farm on July 22, with his first start as a four-year-old to come at Randwick on August 20. 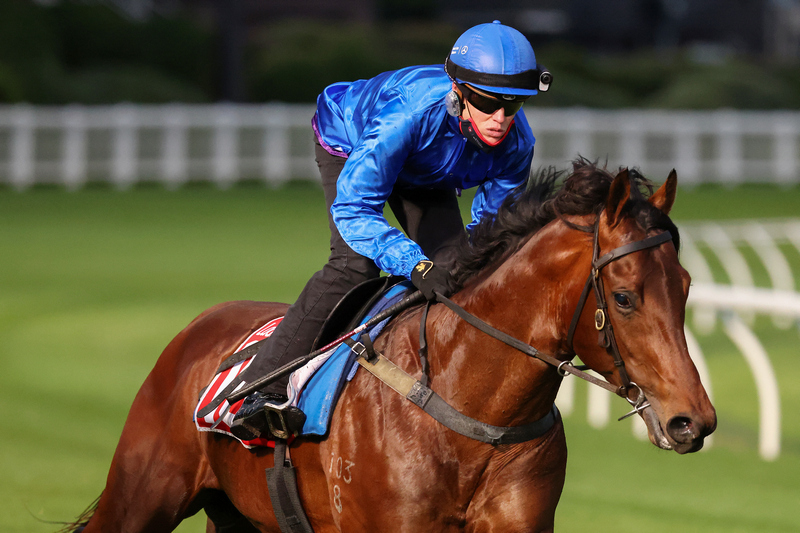 Anamoe is one step closer his return to competition, picture Racing Photos

Cummings earlier this week flagged an intention to see a strong showing early in the campaign. “It’s going to be really important for him to hit the ground running this month when he runs first-up over seven (furlongs, 1400m) and that’ll set up a good foundation for his prep,” he said.

Anamoe, who was narrowly beaten in last year’s W.S. Cox Plate, after which jockey Craig Williams protested unsuccessfully, is again being prepared for the $5 million Group 1 at The Valley on October 22.

Anamoe, with James McDonald aboard, settled second behind Angel Of Truth in Friday’s trial, was edged along midway down the straight and responded under McDonald to grab the 2019 ATC Derby winner, who was shaken up late, just before the line.

The winner’s stablemate Cascadian (GB) was the trial’s eye-catcher, travelling strongly early before surging to the line late to finished just a long-head behind Angel Of Truth.

Profondo cruised to the line in fourth position on the heels of the placegetters, while Melbourne Cup joint-favourite Duais had a leisurely hit-out, finishing just over 4-1/2 lengths from Anamoe.

Later in the morning, Eduardo ramped up his preparations for The Everest with a slick trial win over 816m. The Joe Price-trained gelding, who turned nine on Monday, showed his customary speed to lead the trial and held a decisive lead throughout before coasting to the line with three-quarters-of-a-length to spare over Monte Ditto.

Eduardo, who will represent Yulong in this year’s $15 million The Everest, is likely to resume in the $500,000 Group 3 Concorde Stakes (1000m) at Randwick on September 3.