Albarado and Chica Fuerte land the two 3YO Classic trials

Saturday’s feature Melbourne metropolitan program at Caulfield saw two of the traditional VRC 3YO Classic lead-ups run and won in contrasting fashion, Albarado (NZ) landing the money in the colts and geldings division, and Chica Fuerte dominating the long established trial for fillies.

Caulfield’s Victoria Derby trial witnessed Albarado (NZ) (by Savabeel) outstay his opposition when managing to get up to score in the final 50 metres of the $250,000, Group 3, Neds Classic (2000m).

Caught deep throughout the contest before being produced seven-to-eight horses off the fence on rounding the home turn, Albarado only managed to pick up the leaders close to home, crossing the line marginally in advance of Let’s Karaka Deel (NZ) (by Dundeel) in second, Hit The Shot (by Dundeel) in third, and Redwood Shadow in fourth.

Ridden to victory by Mark Zahra on behalf of the training combination of Trent Busuttin & Natalie Young, Albarado scored by a Long Head, with a Nose separating Let’s Karaka Deel and Hit The Shot.

Speaking after the win, winning jockey Mark Zahra confirmed that his mount is a definite Derby type.

“For sure,” responded Zahra when posed the question. “He jumped well, but I just wanted to have him back and switched off, be strong late and be really relaxed. It took me a while to get him to switch off. I just kept him going through his gears.”

Zahra continued: “I hit the front at the 200 (metre mark), and Redwood Shadow came and challenged him and he found. I think with the blinkers, when he saw the horse coming down the outside, he dug in. At the furlong it could have gone either way.

“He could’ve turned it up. Credit to him. First horse and got the job done.”

Other riders in the race remarked:

John Allen (Let’s Karaka Deel): “He ran well. He’s still a bit green — a bit to learn. Probably got a bit lost in front. He’ll learn a lot from that. Hopefully there’s still improvement in him. He wasn’t disappointing but just quite green.”

Fred Kersley (Hit The Shot): “Great run. Couldn’t be happier. Just a shame that we weren’t at Flemington today. He’ll be a much better horse at Flemington.”

Jye McNeil (Redwood Shadow): “Great effort. Joined in and looked a challenger there at one stage, but he peaked on his run a little bit so improvement to come.”

Jamie Kah (Cetshwayo): “It was a horrible tempo but he ran Ok. I think we’re still pushing on to the Derby but the race today just didn’t suit him.” 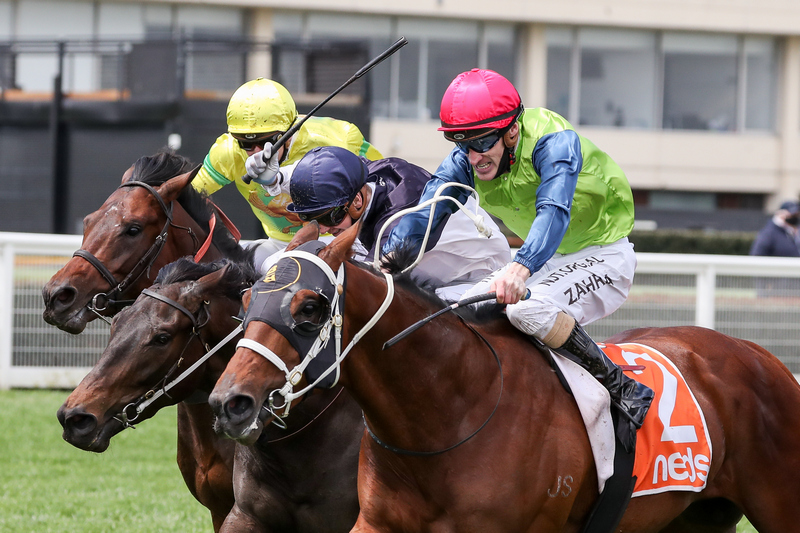 Chica Fuerte (by Hinchinbrook) completely outpointed her opposition in the $200,000, Group 3, Lexus Ethereal Stakes (2000m), a traditional lead-up to the VRC Oaks staged during the Melbourne Cup Carnival.

Sent straight to the lead by Ben Melham, Chica Fuerte made every inch of the running and was still close on a couple of lengths clear of her rivals when crossing the line after showing an impressive turn of foot immediately on entering the straight.

Salto Angel (NZ) (by Sacred Falls) made good late progress to claim second place, ahead of Star of Eden (by Wandjina) in third.

All honours should go to Ben Melham who controlled the contest from go-to-whoa and completely out-rode his contemporaries.

In his post-race interview, Melham suggested that Chica Fuerte proved to be the best horse on the day but he’s not totally convinced she will be suited by the 2500-metre journey of the VRC Oaks.

“There looked to be a bit of speed on paper, but I think she’s better when she finds the front,” divulged Melham.

“I found the front and did some steady sectionals through the wind; [then] got going early, because we went steady throughout the race. She had enough on the line but did enough to win today.”

In terms of the Oaks, Melham observed: “She’s by Hinchinbrook and that’s a little concern with her. She did a good job to win today, but she had things on her terms. I just have a little question mark about getting further. [At least] Now she’s got some good stakes prizemoney anyway.”

John Allen (Silhouette): “I thought she was a little disappointing. Did no work in the first half of the race. Had to make a run into it but she was a little one-paced when she came under pressure. But it looked like a race where nothing really made much ground.”

Mark Zahra (Succeed Indeed): “A bit one-paced and hang a bit.. Will have to see how he pulled up.”

Willie Pike (Pensato): “It was a sound effort. It’s a pity we didn’t run a place but it was still a good effort.”

Billy Egan (Star Of Eden): “It was a nice run. I thought I was the winner on the turn and with a bit of maturity she will develop into a nice horse.”

Chica Fuerte ran 2m07.20s (last 600m in 38.47s) in winning the Ethereal — a time which was over half a second faster than that recorded by the colts and geldings over the same course and distance 35 minutes beforehand.

The daughter of the deceased stallion Hinchinbrook is now two (1sts)-two (2nds)-two (3rds) from six starts and has amassed $202,100. 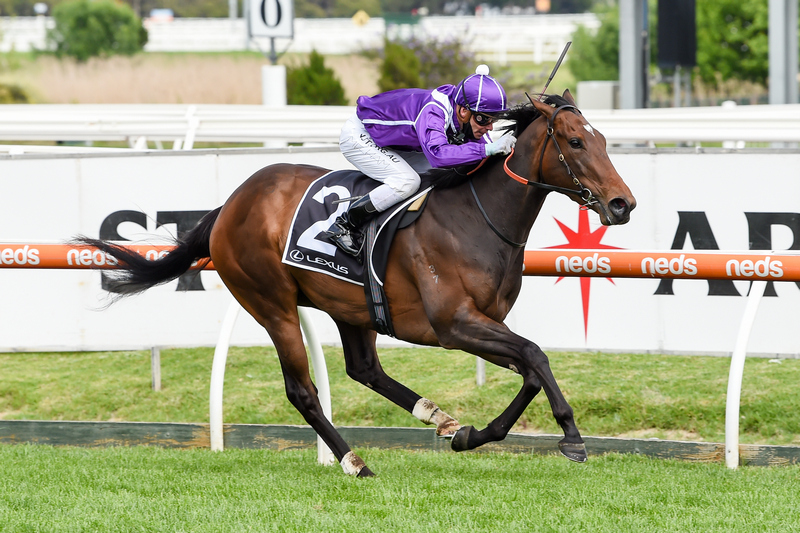