A first-up win over 1600m was recorded at Flemington in December 2019 before Aktau had another three starts, rounding out his first Australian campaign with victory in the Mornington Cup. That success gave the import a ballot exemption into the 2020 Caulfield Cup, but after two early spring runs the campaign was halted with a tendon injury. 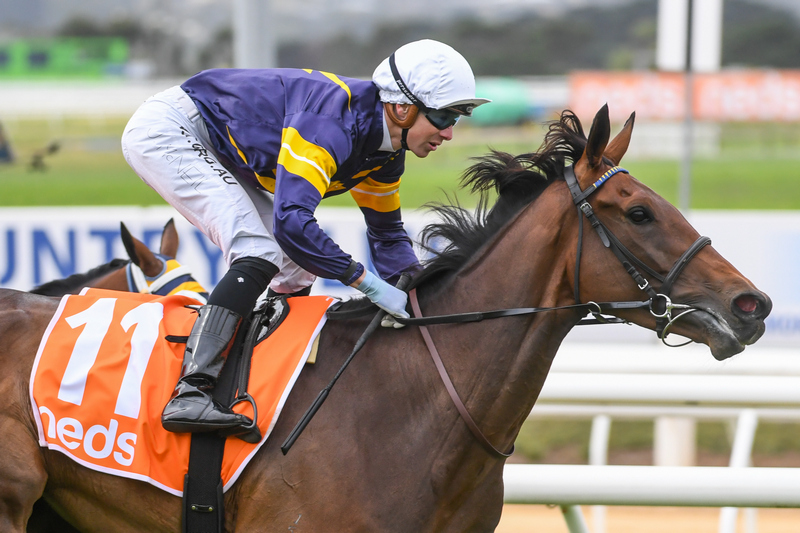 Aktau resumes on Saturday after an enforced layoff due to injury, picture Racing Photos

Aktau resumes at The Valley on Saturday in the Brompton Handicap (1600m) in a bid to race his way into Caulfield and Melbourne Cup calculations.

“He had a normal rehab time,” Moroney said. “He had six months out in the paddock and a nice long, slow, steady build up for him.

“He’s had three jump-outs at Flemington, but he’s a stayer, so it is hard to get a line on him in those jump-outs.

“He’s always been the same, so we’ll get to the races and see how he goes.”

Moroney said Aktau was purchased as a potential Cups contender and ideally that is the path the stable will take again this year. He added that the 1600m journey on Saturday was way short of the gelding’s best trip and it will be interesting to see how Aktau gets around The Valley circuit.

“But it’s a nice starting point. We haven’t got any expectations of him on Saturday, we just want to see him come through it well,” Moroney said.

“That first campaign we gave him, he won three times including the Mornington Cup, but then we only got a couple of runs into him in the spring.

“We didn’t get much of a guide on him and now, hopefully, he stays sound and we can give him a Cups preparation and see where we get to.”