Seasoned European raider Addeybb (IRE) has landed in Sydney and connections are hoping he can replicate the success of his last visit.

Life has come full circle for English jockey Tom Marquand as he prepares to reunite with the horse that launched him into the international spotlight.

Marquand took Sydney racing by storm last autumn, landing the first Group 1 win of his career aboard Addeybb in the Group 1 Ranvet Stakes over 2000m and adding a Group 1 Queen Elizabeth over 2000m victory for good measure.

It was a breakthrough carnival and accelerated his rise through the global jockey ranks.

Marquand has continued to kick goals in his homeland and combined with Addeybb for another elite race win in the Group 1 Champion Stakes over 2000m at Ascot in October.

Both jockey and horse have returned to where it all began, Marquand emerging from quarantine last week, while Addeybb arrived in Sydney on Monday to prepare for a defence of his Group 1 crowns.

He is a nominal favourite for both the 2021 renewals of Ranvet and Queen Elizabeth Stakes, ahead of Verry Elleegant (NZ), but Marquand is taking the pressure of expectation in his stride.

"Expectation is going to come with success," Marquand said.

"It was a great year at home once I got back, once racing got back off the ground again and Sydney and Addeybb probably both really helped that."

Verry Elleegant finished in Addeybb's wake in both Sydney races last year but like the seven-year-old, she has since enhanced her record with another four Group 1 wins including the 2020 Caulfield Cup over 2400m at Caulfield last October.

Their autumn rematch is shaping as one of the highlights of the racing year and Marquand can't wait.

"Who doesn't want two world-class athletes coming together on the final day when it matters?" 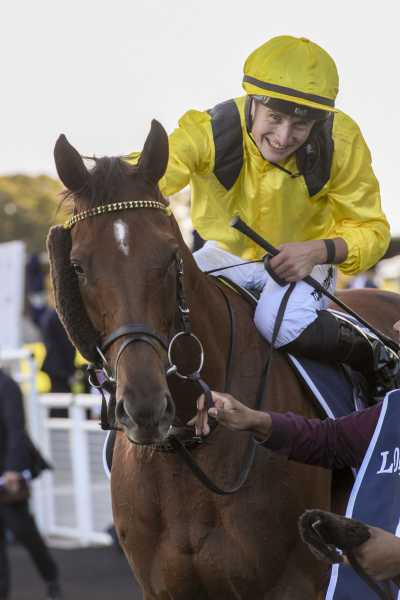